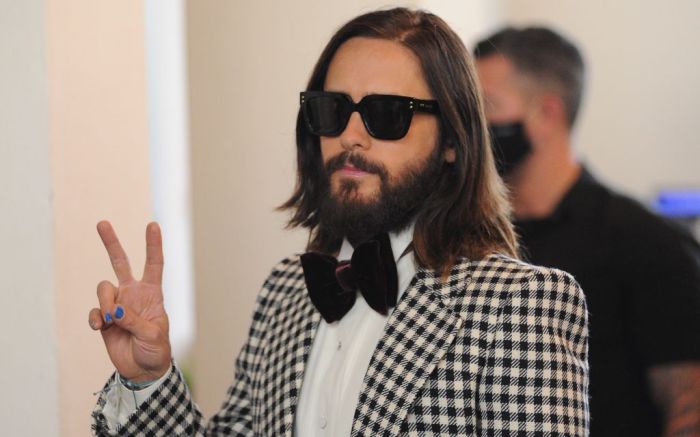 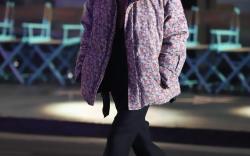 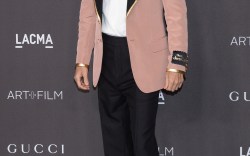 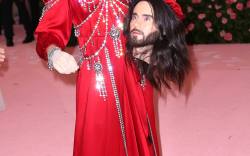 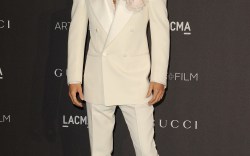 Jared Leto pulled out a stylish outfit for Milan Fashion Week. The “House of Gucci” star was spotted leaving the Four Seasons Hotel in Italy on Friday. The actor eventually made his way to the Gucci’s fall 2022 fashion show.

Heavy hitters like Rihanna, A$AP Rocky and Serena Williams also made an appearance at the event.

In true fashion form, Leto made a bold statement in a black and white three-piece checkered suit, which he paired with an oversized velvet bow tie and black sunglasses. His suit jacket was complete with sleek lapels and pointy shoulder pads. The Thirty Seconds to Mars musician added a crisp white button up shirt to his patterned ensemble. The collard shirt was the perfect touch to his sharp suit. His pants had a relaxed fit and a slight flare on the leg.

The hem of his pants gave a peak at his shoe choice. The “Suicide Squad” actor tied his look together with white shoes. The smooth silhouette included an almond-shaped toe.

This isn’t the first time that Leto opted for the shoe style. While appearing on the “The Late Late Show with James Corden” last month, the singer completed his 70’s-inspired outfit with white boots. The trendy shoes featured a solid band across the instep, as well as gold charms and a chunky stacked heel.

While Leto is known for being a stylish savior, his acting skills have also received the same recognition. Leto is currently nominated for two Screen Actors Guild awards and a Critics’ Choice Award for his portrayal of Paolo Gucci in the “House of Gucci.”