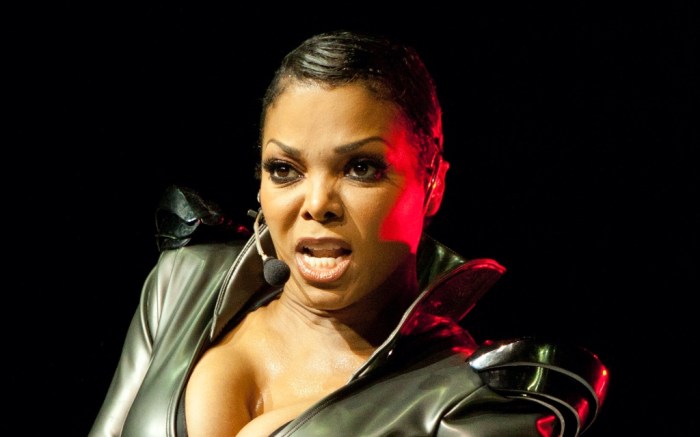 Janet Jackson had an all-white moment while on TikTok.

The singer and songwriter took to TikTok to show her getting ready for the day. In the video set to Latto’s “Big Energy”, Jackson first appears wearing a gray graphic t-shirt with a lightning bolt on it. Her hair is pulled back into a ponytail with a gray velvet headband and she is wearing diamond hoop earrings.

The video follows with a quick transition, and then Jackson changes into an off-white sweater, and a pair of white pants. She accessorizes with a white and black bandana scarf.

Her braided dark brown hair is pulled back into a half up half down look. The singer ditched the eyeglasses and bare face for a full glam look. Her makeup is bold with a smokey eye look and it is paired with a nude lip.

Jackson works with makeup artist Preston Meneses and hairstylist Larry Sims for her glam team. The two have worked with other stars like Gabrielle Union, Alicia Keys, and Erika Jane.

Janet Jackson has been known for being a fashion icon. Her style has changed throughout the years. The singer currently has a very sophisticated and chic look. She loves to wear an all-black outfit but will not hesitate from a full neon look. Jackson will never say no to a suit and tie moment. The songwriter usually likes to spice it up with her accessories wearing statement pieces like dramatic crown hats. Her go-to footwear is usually a sporty sneaker for the casual days and for a red carpet night, she slips into a pair of towering designer shoes like Christian Louboutin or Giuseppe Zanotti. Jackson has worked with stylist Robert Behar to create her stunning on-stage customers. Behar has also worked with Dolly Parton and Naomi Campbell.