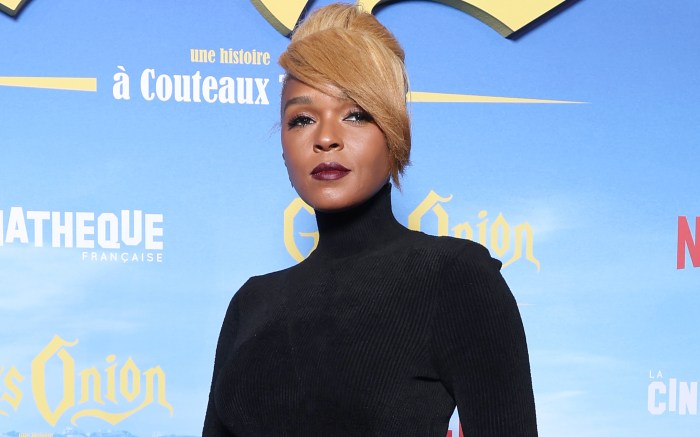 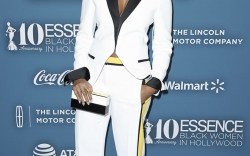 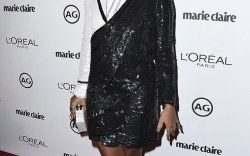 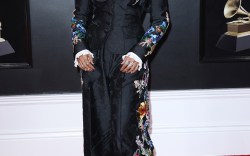 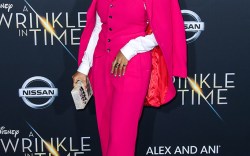 Janelle Monáe brought gothic style to the French premiere of “Glass Onion: A Knives Out Mystery” at La Cinematheque in Paris on Dec. 15. The actress plays Helen Brand in the new mystery film that was released in theaters on Nov. 23, before its streaming release on Netflix on Dec. 23.

Monáe wore a black long-sleeve turtleneck top which she paired with a matching velvet high-waisted slit skirt. Both pieces were from Alexandre Vauthier’s fall 2022 couture collection, which was inspired by the ’80s and the gothic scene.

To accessorize, Monáe opted for an assortment of silver-toned rings and dangle earrings. The “I Like That” singer kept her honey blond hair slicked back in a high bun with a side swept bang laying on her face bringing attention to her glamorous makeup that featured a smokey eye and deep purple lip.

The actress completed the look with a pair of black knee-high Stuart Weitzman boots. The pointed-toe heels had a ruched design that cascaded all the way up the sleeve meeting at the center lining. The satin boots added height to the look with a stiletto heel that was almost 4 inches tall. The shoes are a part of the designer’s Stuart collection.

Monáe was dressed by stylist Alexandra Mandelkorn who has also put looks together for Jurnee Smollett, Christina Ricci, and Rachel Brosnahan.

Monáe is known for bringing dramatic ensembles to special occasions. She has been seen in everything from distressed knit sweaters to oversized headpieces on the red carpet. The actress tends to work with luxury brands like Christian Siriano, Robert Wun, and Thom Browne for her show-stopping looks. When she’s not bringing a noteworthy look to an event, she’s usually seen lounging in Oxford loafers, Converse, or L.A.M.B. sneakers.