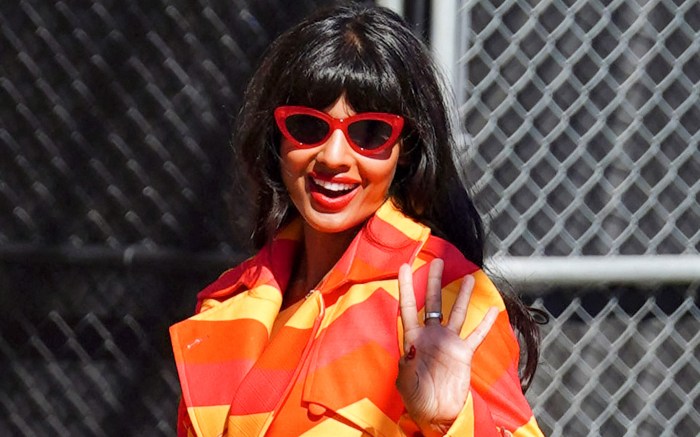 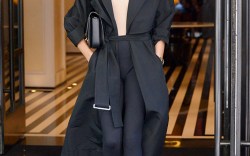 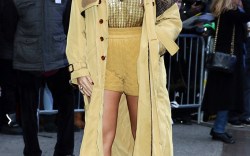 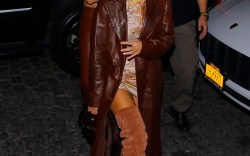 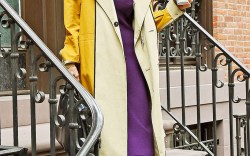 This summer might be sweltering, but that didn’t stop actress and activist Jameela Jamil from turning up the heat in a fiery trench coat.

The ‘She-Hulk’ actress was spotted arriving at the Jimmy Kimmel Live Show in Los Angeles in a yellow, scarlet, and red striped trench coat belted at the waist by Gray Scale IC. While it does seem more than a tad warm for a trench coat, Jamil wore it as a dress, leaving herself some breathing room on the hot summer’s day.

To help the red in the trench coat pop, Jamil coordinated with a pair of candy red Stuart Weitzman pointy-toed pumps, and for eyewear, she chose a pair of cat eye red sunglasses. To accentuate the yellow, she accessorized with a sunny yellow Bulgari top handle handbag.

For jewelry, Jamil chose a pair of subtle rings, one on each hand. One was by Kallati jewelry and the other was by Djula Jewelry.

Jamil has been on a press tour promoting her new television show “She-Hulk: Attorney at Law,” where she stars alongside Tatiana Maslany, who plays the title character, as well as Mark Ruffalo, Tim Roth, and Gonzaga. The Series recently began streaming last week, August 18, on Disney+. Jamil plays the first villain introduced in the series, the mysterious Titania.

In addition to her television endeavors, Jamil is also a fierce advocate for mental health. She runs a podcast called I Weigh! Centered around mental health awareness and issues.