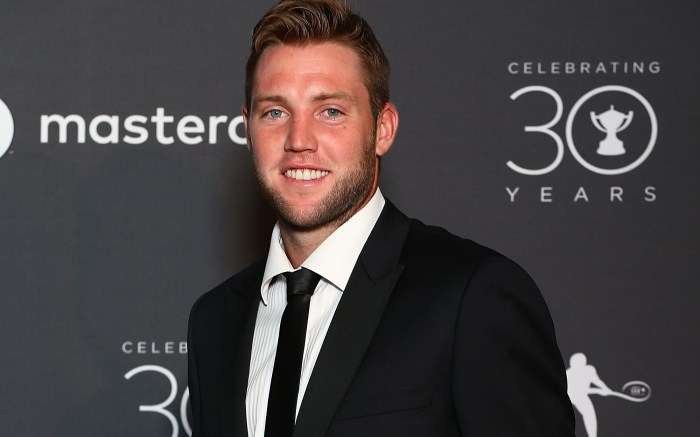 Jack Sock’s wife Laura Little Sock wore a green and black set as she attends the U.S. Open to support her tennis professional husband. Her set and matching blazer was accessorized with a white tote and square-toed sandals, a set of contrasting hues that aligns with the tennis tournament’s color scheme.

Designed by Alice and Olivia, Sock’s matching set and blazer were tailored perfection, with structured shoulders and a cinched waist fit to flatter. The pops of green were accentuated by the black fabric of the outfit, and the white accessories let the green take center state.

The tennis star’s wife donned white square-toed sandals that were light and simple, a chic accompaniment for the outfit. The white tote mimicked the structure of Sock’s outfit, and it tied in the white of her shoes.

Sock looks stadium-ready as she struts in her set, which is no surprise as she often brings A-game style as she shows her support.