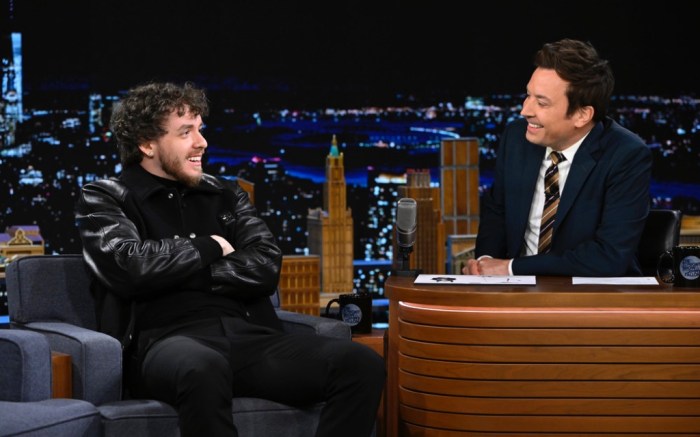 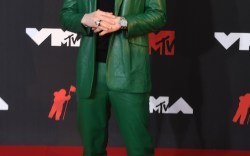 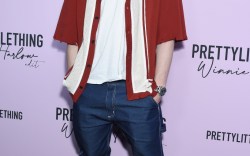 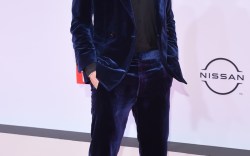 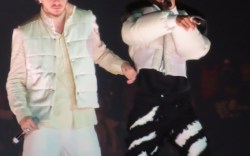 Jack Harlow took a monochromatic approach to his latest look.

The “What’s Poppin” rapper hit “The Tonight Show Starring Jimmy Fallon” on Monday night to talk about his new album, performing with Lil Nas X and his appearance in several viral videos like the recent video with Emma Chamberlin from the Met Gala. He also performed his new hit song, “First Class.” Harlow wore a custom look from Nahmias, including a black leather jacket paired with black leather pants. He added a black hoodie underneath his jacket.

For the interview portion — which marked Harlow’s first-ever on a late-night talk show — he wore another all-black outfit. He wore a black wool and leather jacket from Givenchy with a black shirt underneath worn with black pants.

The “Nail Tech” musician added a pair of leather shoes to the outfit. His shoes featured back soles as well as a rounded toe. He gave his New Balance sneakers a rest for his appearance, but he can typically be seen in the athletic brand. An admitted lifelong fan of the label, Harlow recently became an ambassador for New Balance. Last February, he joined a star-studded group of athletes and entertainers that includes NBA champion Kawhi Leonard, fellow musician Jaden Smith, tennis standout Coco Gauff and others.