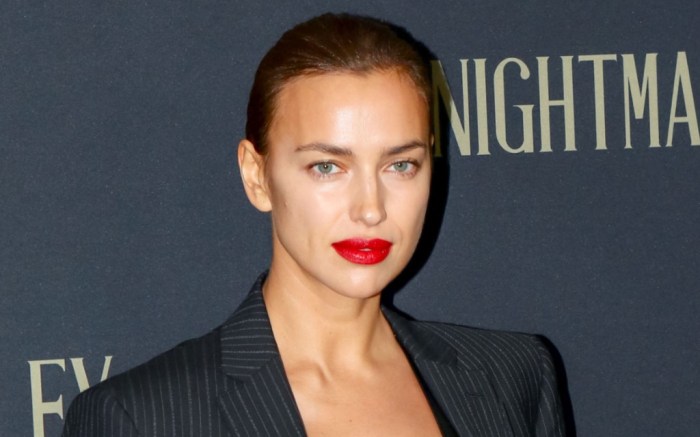 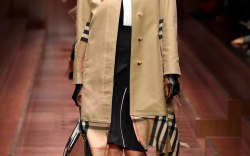 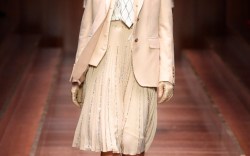 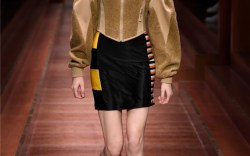 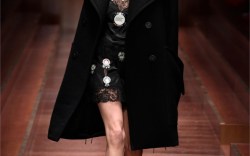 The model posted to her social media while hitting London Fashion Week in a long-sleeve black gown from Burberry with several of circular cutouts that started at the neckline and extended all the way down her torso. There were similar cutouts on each arm, as well as in the back. Stars like Dua Lipa and Kendall Jenner have been seen in the recent months in a similar style of dress. She kept her accessories fairly simple, adding a sculptural cocktail ring and hoop earrings to the ensemble. She slipped into simple black open-toe sandals for her footwear.

Shayk added a photo to her series with Burberry’s creative director Ricardo Tisci. Shayk and Tisci have been working closely lately, and the supermodel served as the star of the brand’s spring/summer 2022 campaign, posing in everything from a cow-print skirt suit to elf ears.

In recent years, the mom of one, who was linked to Yeezy’s Kanye West last summer, has become recognized for her head-turning street style looks. She’s known to rock a skintight mini dress with combat boots or joggers tucked into knee-high stiletto boots.

Shayk has always been known for her edgy style, so this daring dress is no surprise. In the past, she has been seen wearing sleek boots and pointed-toe pumps by Chanel and Burberry and sneakers from brands like Prada. The Russian model has starred in campaigns for labels including Oscar de la Renta, Moschino and Mimi Luzon and rocked runways for Versace and Michael Kors during fashion month. Shayk has added the title of designer to her resume as well, having launched a capsule shoe collection with Tamara Mellon last year.

See Irina Shayk plus others on the runway for Burberry for the fall 2019 show.