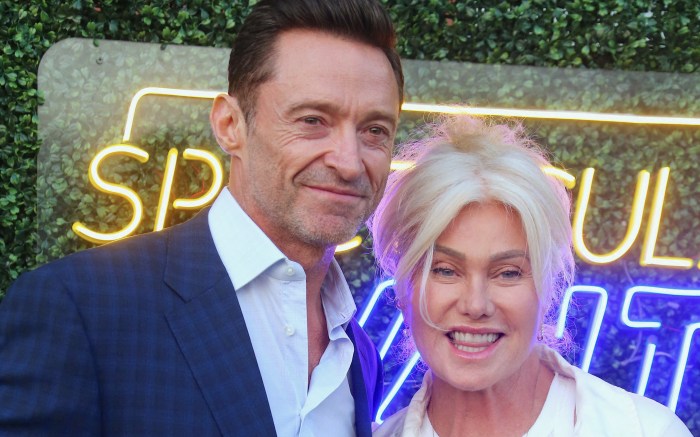 Hugh Jackman and his wife Deborra-Lee Furness arrived in peak style at the USTA Billie Jean King National Tennis Center in Queens, New York on Monday, for Serena’s first round match at this year’s U.S. Open.

Jackman donned a navy checkered suit with matching trousers, a white shirt underneath, and black suede sneakers to complete his looks. While his wife opted for an all-white look wearing a white shirt dress and white linen pants.

The actor shared a romantic photo of the couple to his Instagram account, minutes before leaving their house to go see Serena Williams playing against Danka Kovinic of Montenegro in the women’s single first round match of the U.S. Open.

Jackman wrote a special message to Williams in the caption: “Deb and I are so excited to watch you play and bear witness to your evolution for many years to come. You are an icon and a true inspiration to boys and girls around the world.”

Jackman and his wife were seen talking to Rebel Wilson as well, who attended the match in Barbiecore attire matched with a Birkin to top the look off.