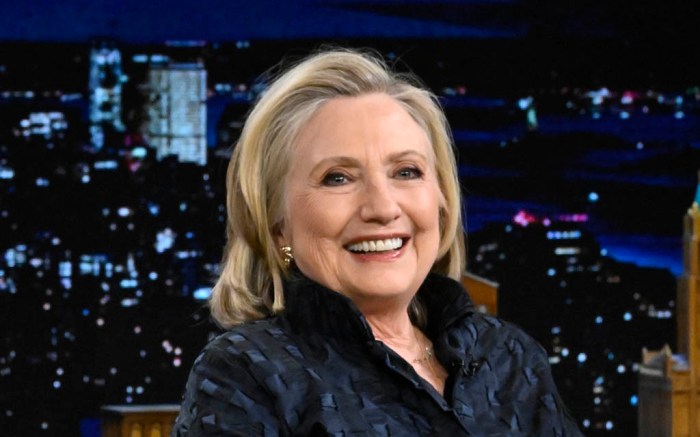 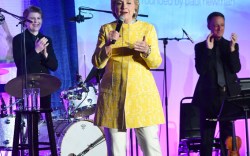 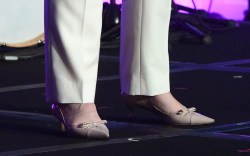 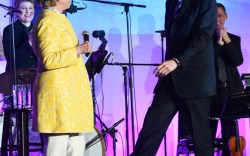 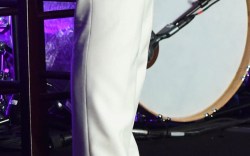 Hillary Clinton and her daughter Chelsea sat down with Jimmy Fallon on “The Tonight Show” to discuss everything from the war in Ukraine to parenting styles on Tuesday. Hillary and her daughter did a deep-dive into their new Apple TV+ documentary “Gutsy,” which is based off of the book they wrote called “The Book of Gutsy Women.”

After showing clips from their eight-part series, the former Secretary of State and her daughter with former president Bill Clinton played a game to round out the show, both parties clad in dark colors and closet staple shoes.


The former first lady traded in her beloved pantsuit and wore a dark blue long sleeve button-down that she had belted in the middle, bringing in the waist. The lawyer threw the collared shirt over a black cami. For bottoms, the former Senator from New York wore fitted black slacks, a must have clothing item for many.

Dressing up her ensemble, Hillary wore a multiple pendant necklace stacked atop one another which she paired with a chain bracelet and chunky rings in a similar golden tone.

Hillary stuck to the classics, slipping into black suede pumps with pointed toes and simple heels. The style of footwear is a closet staple, much like her pants, the neutral color scheme and the simple silhouette aiding in each pieces versatility.

Much like her mother, Chelsea wore comfortable neutrals, the writer donning a black tee that she neatly tucked into a more adventurous olive green pleated maxi skirt. In the realm of accessories, the mom of three wore a black Apple Watch which was accompanied by chic shiny black stiletto pumps.

“Gutsy” is an eight-part series that takes viewers through the mother-daughter team’s thought-provoking journey to speak with pioneering women artists, activists, community leaders, and everyday heroes.