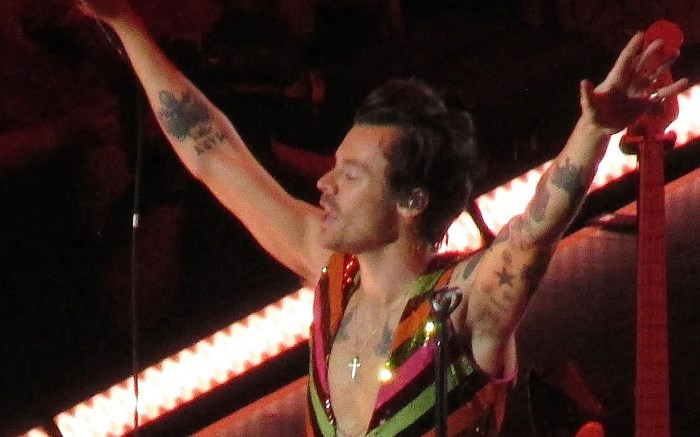 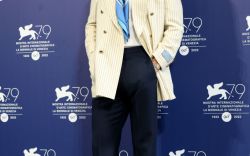 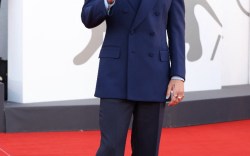 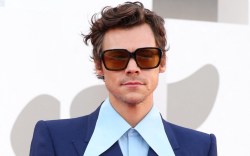 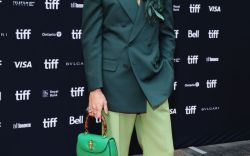 Harry Styles took to the stage at Madison Square Garden for his final show last night.

The Grammy-winning singer topped off his 15-show run at the historic NYC venue on Wednesday. He opened the “Love On Tour” residency on Aug. 20, and he will head to Austin next for five nights of dancing, singing and endless feather boas. The Garden honored Styles during his show by raising a banner to the rafters commemorating his record-setting run of 15 sold-out shows.

The banner, which was presented by Gayle King, came out during a surprise ceremony in between encore songs from the setlist. After getting emotional, Styles addressed the crowd, saying “Any time that you come to Madison Square Garden and you see that, remember it’s because of you. That is ours.”

For his final NYC show, Styles went with a colorful look, lining up with the rest of his tour outfits. He wore a striped sequin tank with a deep v-neck. His top featured colors like green, pink and orange. He wore matching pants and he accessorized with a cross necklace. The “As It Was” singer added his signature sneaker; the Adidas x Gucci Gazelle sneakers. He wore a red pair with white stripes and tan gum soles. Styles has worn this sneaker for several of his recent shows.

Styles’ onstage costumes often include sparkly pieces from independent designers like Archie Alled-Martínez and Harris Reed. When it comes to footwear, Gucci loafers and boots are his go-to shoes of choice. London brand Roker has also outfitted him. When off-duty, Styles typically wears athletic or slip-on sneakers by Nike, Vans,  Adidas and New Balance.

For more of Harry Styles statement-making outfits through the years, click through the gallery.