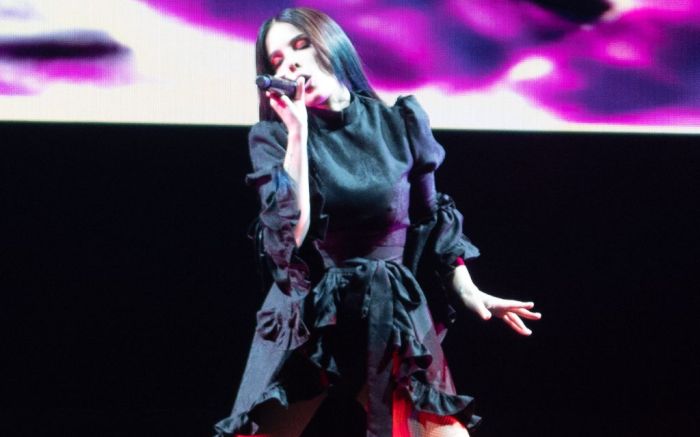 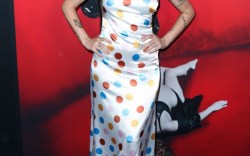 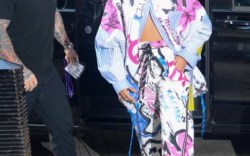 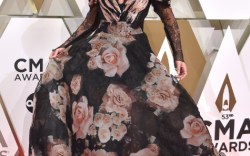 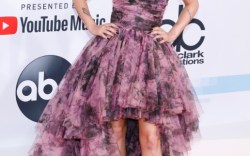 After two years of not performing onstage, Halsey surprised her fans by making an appearing at the first night of the Bud Light Super Bowl Music Festival in Los Angeles on Thursday. The “Him & I” artist arrived unannounced during Machine Gun Kelly’s set to belt out her verse on his “Forget Me Too” single.

For her return, the chart topping musician wore an all-black ensemble. She looked like a grunge princess in a ruffled black dress that included a turtleneck, pointy shoulder pads, long puffy sleeves and a bow that tied in the center.

Halsey continued with a dark monochromatic aesthetic and styled her jet black hair straight. To ground everything, the “Without Me” songstress finished off her look with black combat boots. The silhouette laced all the way to the top and featured a chunky yellow sole.

The songwriter told the crowd that a lot of life events kept her from the stage and she was extremely nervous to return after the pandemic.

“Something happens when you tour your a– off, you just walk on stage like, ‘Can’t even tell me nothing. That’s not how I felt today. It’s been a long time and I’m so happy that we can be here together enjoying concerts because I didn’t know if we’d ever be able to do it again and I’m so happy,” the singer said.

The championship game sees the Los Angeles Rams and the Cincinnati Bengals on the field at SoFi stadium in Los Angeles on Sunday. The halftime show features performances by Mary J Blige, who released her new album last night, along with Snoop Dogg, Dr. Dre, Eminem, Kendrick Lamar, Sean Forbes and Warren Snipe. The Super Bowl LVI will begin at 6:30 p.m. ET.