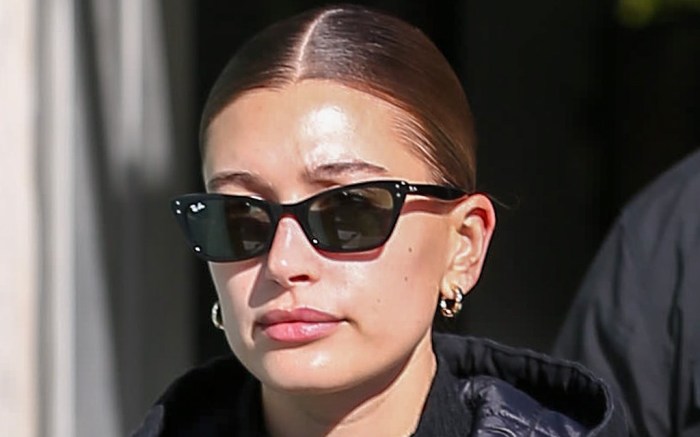 Bieber grounded her look in a pair of Balenciaga sneakers. The Runner style featured mesh and nylon uppers in a black, green, blue and silver palette. The pair was complete with exaggerated rubber soles, as well as black laces. Bieber’s pair added a hint of color to her look, which keeping it athletic from the style’s chunky and comfortable silhouette. Though her colorway is currently unavailable, more Runner sneakers can be found at Balenciaga.com.


Chunky sneakers like Bieber’s have been a top footwear trend over the last several years, due to their comfort factor from exaggerated soles and thick silhouettes. Numerous brands have also released versions of the style due to its connections to ’80s, ’90s and early 2000’s culture. In addition to the model, stars like Vanessa Hudgens, Dua Lipa and Kate Bosworth have been seen in pairs by Prada, Boohoo and Naked Wolfe in recent weeks.

Bieber has been a darling of the fashion industry for quite some time, appearing in campaigns for brands like Guess, Ralph Lauren, Tommy Hilfiger and Zadig & Voltaire. The media personality also starred in Levi’s summer ’20 campaign with Jaden Smith, joining the brand to celebrate its annual 501 Day event in 2021. Previously, in 2016, Baldwin starred in Ugg’s Classic Street Collection campaign as well.

The star’s shoe closet includes an eclectic mix of streetwear sneakers and sleek heels. Aside from Superga sneakers, which Bieber’s been an ambassador for since May, she also wears kicks by Nike, Chanel and Off-White. On the more formal front, the model favors embellished heels from Tabitha Simmons, Jimmy Choo and Amina Muaddi, among other top brands.

Elevate your winter looks in chunky sneakers like Hailey Baldwin.