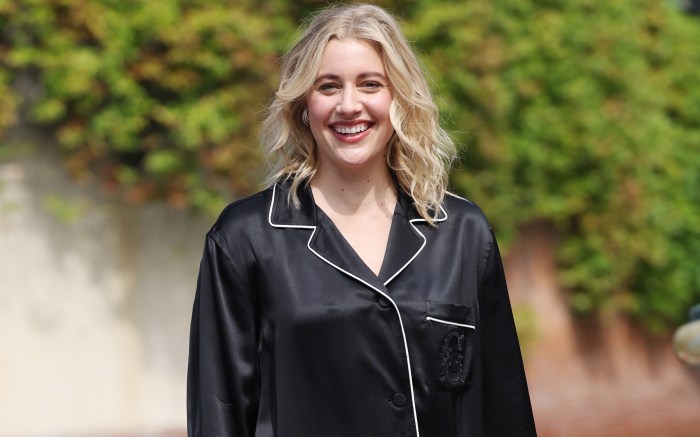 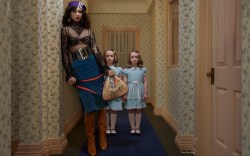 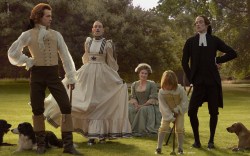 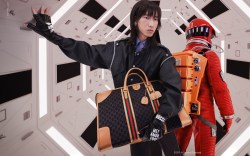 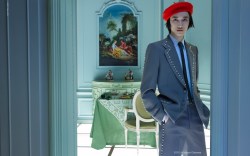 Great Gerwig got cozy while making her way to the 79th Venice International Film Festival in Venice, Italy today.

The second day of the eleven-day event saw the “Lady Bird” director wearing a pajama-inspired ensemble and eye-catching footwear alongside fellow director Noah Baumbach. Baumbach is also the director of “White Noise,” a film that Gerwig stars in that was shown during the film festival.

Gerwig’s outfit consisted of a matching silky set in bluish black, both the top and bottoms lined with white trim. The oversized nightwear was paired with a diamond ring and earrings, further accessorized with black and orange tinted Gucci sunglasses and a cream and gold Gucci bag.

For footwear, the actress wore chunky black mules dotted with reflective crystals that further dressed up the ensemble. The classic style featured an open back without any strap or constraint on the heel.