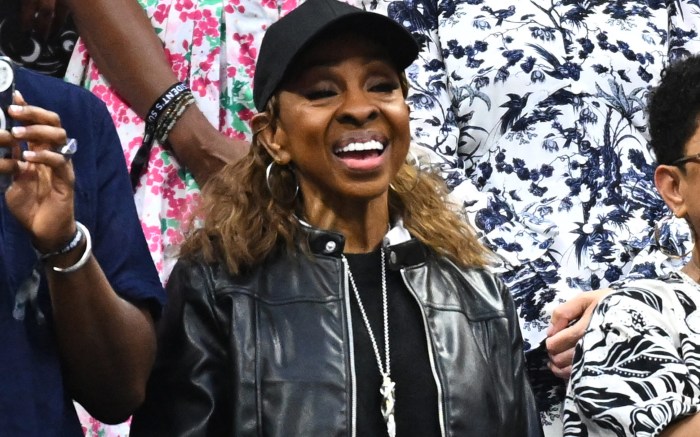 Style rippled through the crowd, as thousands gathered to watch the first-round center court match at the 2022 U.S. Open held at the USTA Billie Jean King National Tennis Center in Queens, New York on Monday. Among those, Gladys Knight stood out in an all-black ensemble.

Knight wore a leather jacket over a dark sweater vest and black pants. The black leather jacket was a cropped Moto style, a sleek cut that elevated the rest of her outfit and flattered her figure. Although it’s not possible to see in the photo, Gladys was wearing a white shirt under the jacket and vest combo.

In a logo-less baseball cap, Gladys wore silver jewelry in lieu of color. With hoop earrings, a necklace, and a ring, the Grammy Award winner kept her accessories simple and silver.

The singer often keeps her style clean, letting the silhouettes subtly shape the style. The juxtaposition of leather with silver gives a youthful edge to the outfit, a chic US Open ensemble that makes her center stage at center court.