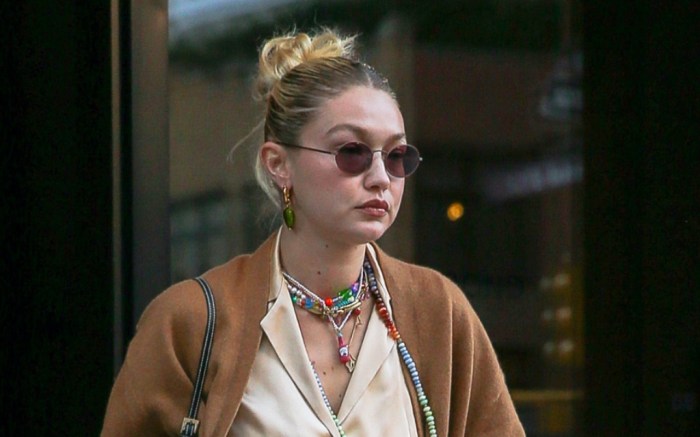 Gigi Hadid layered up for another outing in New York.

The model stepped out on Thursday donning a bookish look. She paired a cozy brown cardigan from her line, Guest in Residence, over a beige silk button-down shirt. Hadid added low-rise baggy jeans to the look. Her jeans featured fun appliqués like a smiley face and a cityscape. She played up the outfit even more with a slew of accessories, including colorful necklaces, earrings, a shoulder bag and small round sunglasses.

The mom of one added cool lug-sole loafers to round out the ensemble. Her Agathea loafers, from Reformation, were covered in a leopard print with a black chunky sole. She added bright pink socks that popped under her jeans. Her style retails for $248 on Reformation’s website, and is also available in three other colorways.

Hadid has been known to rock a loafer in the past, most recently wearing a black and white style to Vogue’s “Forces Of Fashion.”