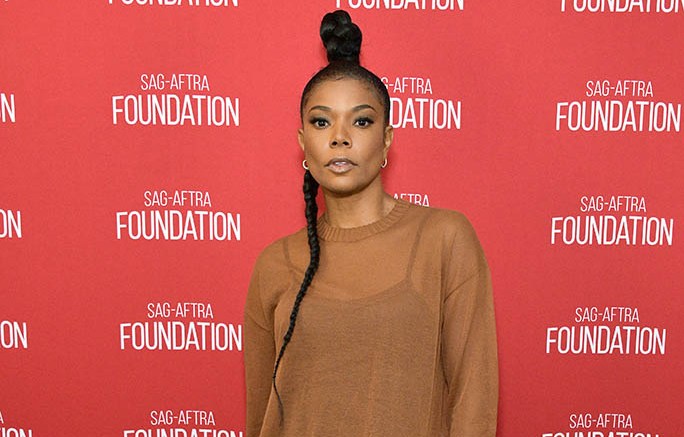 Union appeared in sleek style as she joined Octavia Spencer onstage at the affair. The “Being Mary Jane” star wore a sheer brown dress that was paired with a dark tank top underneath. She styled her hair in a top knot bun, which turned into a long braid that fell gracefully down her back.

To keep things simple, she accessorized with small gold hoop earrings and a few midi rings. For glam, the entertainer went with soft makeup and a neutral pout.

When it came down to the shoes, Union completed her look with brown thong-heeled sandals. The silhouette had a thin strap that sat between the toes and was set on a small heel.

Thong-heeled sandals are ideal for warm days and hangouts. While the classic flip-flop isn’t necessarily deemed a fashion shoe, its high-heeled cousin — thong-heel sandals are as fashionable as a slide gets. Thong sandals feature a piece of material between the first and second toes, which acts as a source of security for the entire front of the shoe. The style can either have an open back or feature an ankle-encircling strap for support.

When it comes to her footwear style, Union tends to gravitate towards thong sandals by Magda Butrym, By Far, and Gia Couture’s collaboration with Rosie Huntington-Whiteley. She’s also known for wearing strappy sandals and tall boots by top brands, including Paris Texas, Tamara Mellon, and Tabitha Simmons. While off-duty, the entertainer prefers athletic sneakers usually by Adidas, Reebok, and Nike.

Check out this gallery to see more of Gabrielle Union’s chic street style looks through the years.