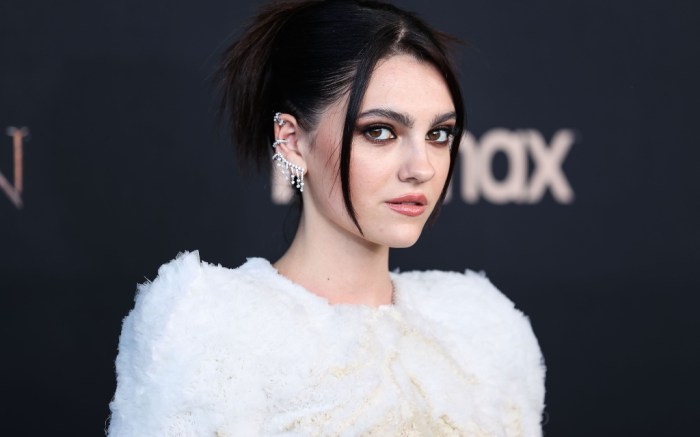 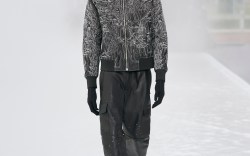 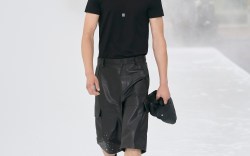 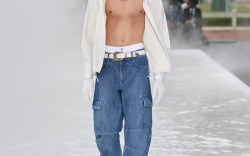 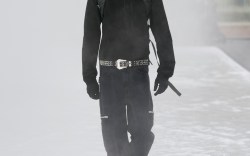 British actress Emily Carey made an arrival on the red carpet in a daring outfit at the premiere of “House of the Dragon” in Los Angeles on Wednesday.

The up-and-coming star — who plays a younger version of the “Game of Thrones” character Alicent Hightower in the prequel series — stepped out in a bold ensemble designed by Matthew Williams for Givenchy’s spring 2022 collection.

The head-turning monochromatic look features a fluffy off-white cropped sweater with strong shoulders paired and sheer white boudoir shorts with a creamy lace trim and a frilly black hem. Arguably the most notable part of the outfit is the shoes, though, which span almost the entire length of the leg.

The milky white leather boots deliver a pull-on design that hugs the leg, with a chunky clog-like sole and rounded toes. Offering a futuristic aesthetic, the thigh-high sky was seen in various other iterations and colors on the catwalk last fall. Wearing her hair up a ’90s-inspired look, Carey, 19, further accessorized with a dazzling ear cuff and an assortment of rings.

Other celebs that hit the red carpet at the world premiere of the big-budget spinoff include Kate Siegel, Olivia Cooke, Lisa Edelstein, Matt Smith and more. You can catch Carey starring in “House of the Dragon” on HBO come Aug. 21.