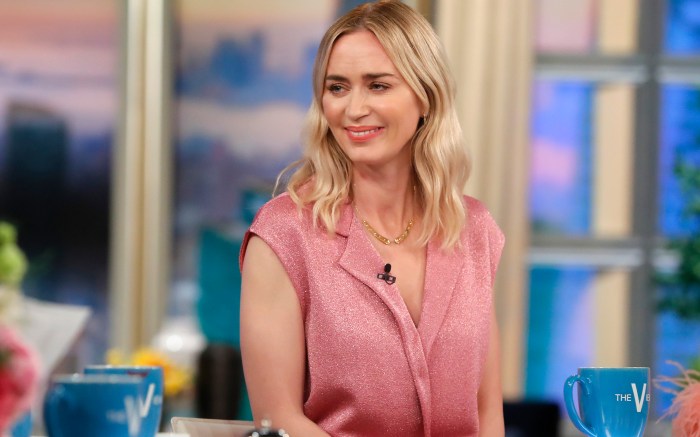 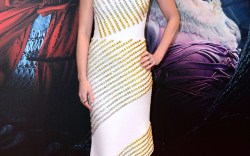 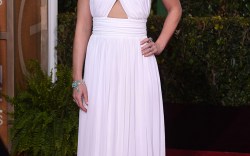 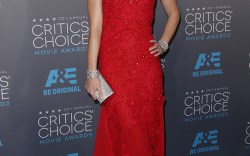 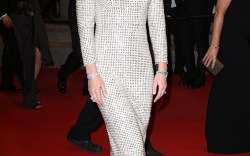 Emily Blunt was shimmering in pink on the latest episode of “The View” on ABC. The actress stopped by the tv show to discuss her new project, “The English,” released today on Amazon Prime Video.

Blunt styled the pink look with a few gold rings and a two-piece chain necklace. She went with a pale pink manicure to coordinate well with the bright two-piece set, a natural makeup glam, and her blond locks styled in casual waves.

The length of Blunt’s pants didn’t allow for a better peek at her shoes. However, the actress was wearing a pair of creamy stiletto sandals by Jimmy Choo. The style features a stiletto heel of at least 3 inches and a strap around the ankle for extra security.

Blunt’s most recent appearance on “The View” was one of a series of interviews she has been doing as part of the press tour for “The English”, an Old Western-style drama miniseries focusing on Blunt’s character quest to avenge her son’s death in America. Earlier this week, she stopped by the “Good Morning America” in a bright yellow knit dress, paired with tan knee-high boots.

Blunt’s choices in footwear, like her acting career, has quite a bit of range. When she’s working an event or appearing for televised interviews, the actress can be seen wearing point-toe ankle or over-the-knee boots, velvet sandals, or classy mules by designers including high-end brands like Manolo Blahnik, Jimmy Choo, and Roger Vivier or affordable brands like Sam Edelman and Schutz. In her off-duty moments, Blunt can often be seen wearing white sneakers from brands like Arigato or PS821.