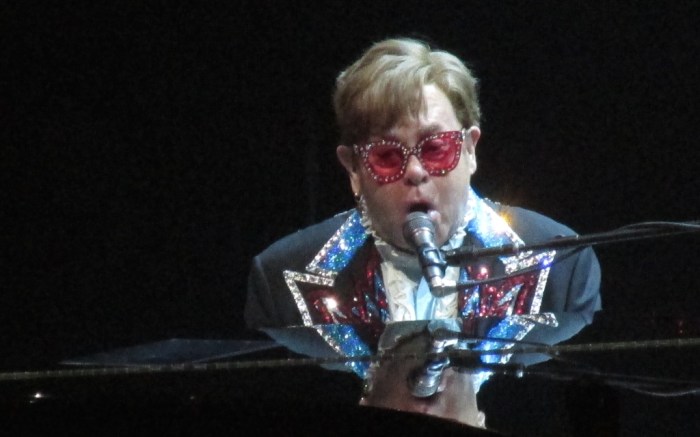 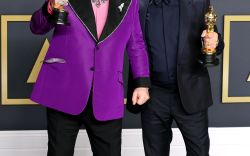 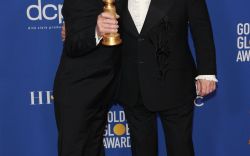 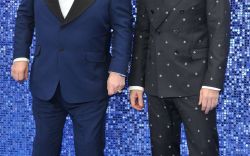 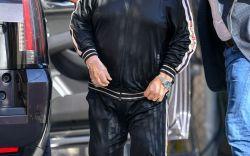 The iconic performer was spotted leaving his New York City hotel on Friday headed to a concert in New Jersey wearing an almost entirely Gucci get-up. This comes as no surprise as the Alessandro Michele-helmed brand has been dressing Elton for his farewell tour. The “Crocodile Rock” singer donned a Gucci ‘La Societe Angelique’ varsity jacket featuring a navy wool body and cream-colored leather sleeves.

Underneath, he sported a pink Gucci GG logo tracksuit featuring the luxury label’s signature piping. On his feet, however, the legendary hitmaker sported a simple pair of black Asics sneakers. John opted for the brand’s Gel-Pulse 12 running shoes featuring engineered mesh uppers with neon green and blue accents. The silhouette retails at under $100.

This sighting comes after John’s private jet was forced to make an emergency landing, which took three tries due to inordinately high winds, while en route to the U.S. from the U.K. on Monday. The aircraft reportedly experienced issues with its hydraulic systems about an hour into the flight.

Flip through the gallery to check out some of Elton John’s wildest looks over the years.