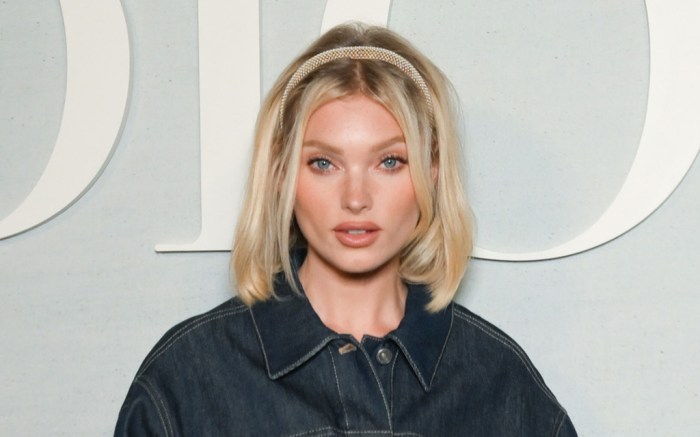 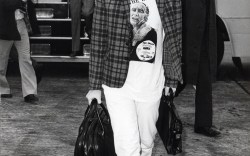 Elsa Hosk grabbed attention on the front row in a denim-on-denim outfit at the the Dior spring 2023 collection that debuted today during Paris Fashion Week. The former Victoria’s Secret Angel offered a perspective unlike her counterparts, offering striking textural contrast with the addition of leather.

The Swedish social media personality wore her short blond tresses back with a beaded headband and centered her makeup around peachy pink tones.

Further playing off the leather in her look, Hosk laced up chunky platform black combat boots.

The Dior spring 2023 show included 85 looks that saw models finding their stride in lace-trimmed bustiers, map-printed jumpsuits, and coordinating vibrant florals set on stark black and tan backgrounds. Constructed capes and trenches were the outwear of the moment, paired with patent leather bags in black and white, alongside tote styles tipped with fringe pom poms and woven florals that held their own against their sturdier counterparts. The front row saw Maggie Gyllenhaal and Iris Law.

PHOTOS: Combat Boots Through the Years, From the 1970s to Today