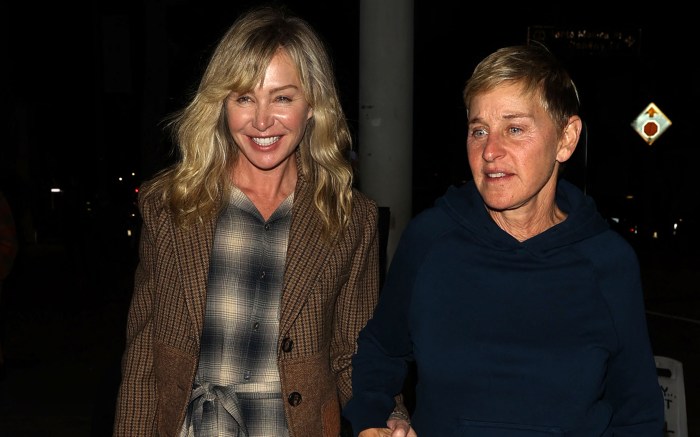 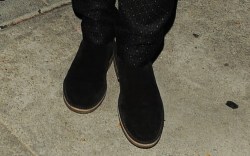 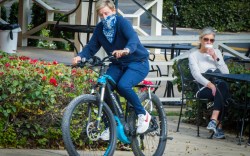 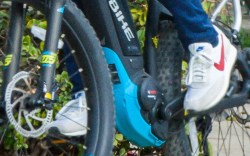 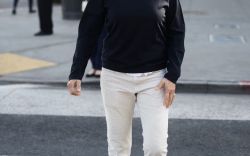 Ellen DeGeneres and Portia de Rossi stepped out on the town last night. They were photographed in fall style, holding hands as they arrived for dinner at Craigs Restaurant in Los Angeles.

Degeneres threw on a navy blue hoodie with dark denim jeans and a simple silver watch, while Rossi wore a floor-length flannel dress underneath a contrasting wool blend jacket. The structured jacket featured three buttons and easily complimented her shoes. The actress accessorized the look with a medium leather Marcie Satchel from Chloe.

As for footwear, the couple opted for different comfy styles. Rossi slipped on a robust pair of heeled Brogue boots with double-stitch perforations around the edges and a lace-up silhouette. Degeneres stayed true to her classic style in Stan Smith Adidas, which gets its name from all-American tennis icon Stan Smith, a two-time Grand Slam singles and five-time Grand Slam doubles champion. Talking about style, Degeneres and Rossi are cleaning up their closet. They will take over Bonhams Classic Hollywood: Film and Television in Los Angeles auction to sell noteworthy wardrobe items like the red velvet Gucci suit she wore while hosting the 79th Annual Academy Awards. Not to mention the custom-made pairs of sneakers worn by the couple at their wedding in 2008. More importantly, all proceeds will be donated to Planned Parenthood.