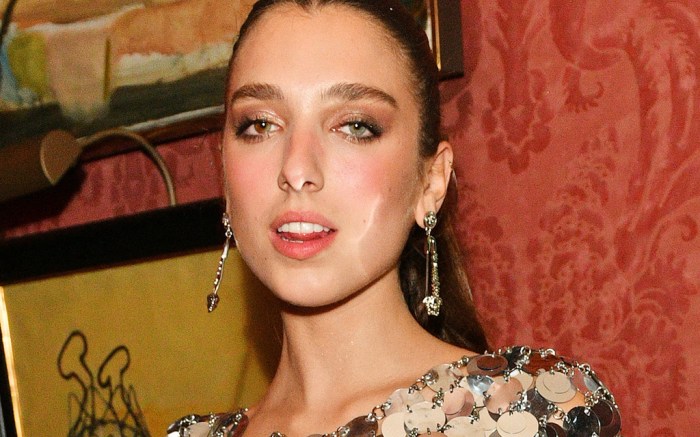 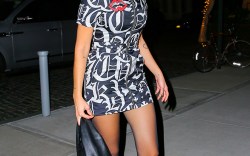 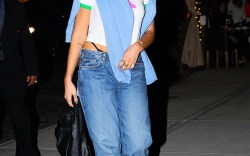 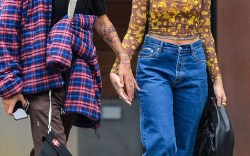 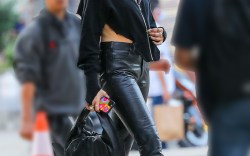 Looking like a disco ball, Dua Lipa’s sister Rina Lipa attended a party in celebration of the 35th anniversary of the new Evening Standard Magazine hosted by the editor of the magazine Ben Cobb at Marks Club in London yesterday night. Lipa wore a chainmail Paco Rabanne minidress, a signature design of the brand, along with sky-high footwear.

The model’s head-turning look consisted of a reflective chrome sequined dress strung together with metal hooks to create a chainmail effect that was dangerously see-through when not layered overtop something else like it was.

The risky dress was partnered alongside dangling earrings and a few dainty rings. The dancer wore her long brown hair up and away from her face in a slicked-back high pony that snatched back her smokey makeup-laden features.

Lipa channeled the ’00s, slipping into chunky white sandals. The style consisted of thick straps crossing over the tops of the public figure’s feet and traveling up her calves, securing them in place, accompanied by thick elevated platforms that added a couple of extra inches to the star’s look.

Although Rina isn’t a full-time model, her love of fashion is undeniable. In addition to walking the GCDS fall 2021 show, she’s also walked the runway for Ruben Selby at London Fashion Week and starred alongside her sister Dua in the Versace “Sisterhood” campaign. Much like her sister, Rina is quite the fashionista, styling looks around extra trendy pieces and pulling from eras like the 2000s for inspiration. Outside of fashion, Rina is focusing on her acting career, having recently landed a role in a horror movie directed by Italian filmmaker Gianluigi Carella.