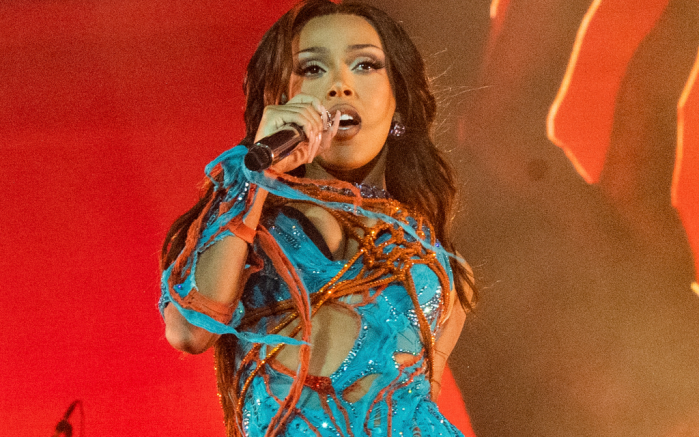 “Dojachella,” as her fans are calling it, continued over the weekend, and she made waves again with her custom looks.

In a recent interview, Nelson told British Vogue: “We started with this African dystopian fairy theme, then [we] tapped into a hypnotic section. Next, we explored beauty, seduction and heartache, before the finale: God mode, a punk rock-inspired aesthetic done our way.”

Timberland boots, often referred to as Timbs, were made famous in the early ’90s when hip-hop stars like The Notorious B.I.G., Tupac Shakur and Jay-Z were seen wearing them.

Click through the gallery for more of Doja Cat’s daring looks over the years.