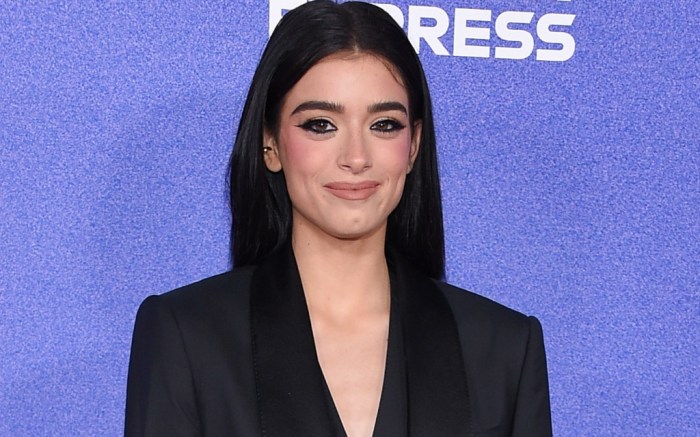 Dixie D’Amelio suited up at the Billboard Women in Music Awards.

The “Be Happy” singer hit the red carpet ahead of the awards on Wednesday night in Inglewood, Calif. She opted for a menswear look, wearing a black oversized blazer with black trousers. D’Amelio wore a black vest underneath her jacket. She added a small black and gold Valentino purse to the look but otherwise went without any accessories.

The TikTok star added height with towering platform heels. Her black strappy heels featured a platform adding at least 1.5 inches to the heels. D’Amelio has a penchant for the style, wearing boots with a hefty sole at a performance in December. Platforms have become a top footwear trend this season, providing height and support from their typical thick soles and ankle straps.

A closer look at D’Amelio’s heels.

See more of the red carpet appearances at the 2022 Billboard Women in Music Awards here.