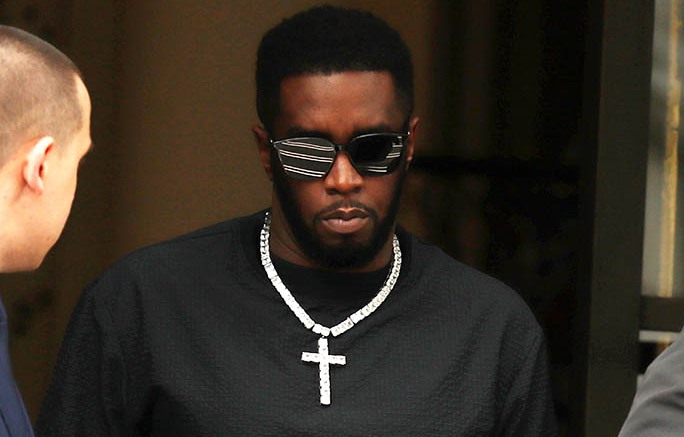 Diddy looked cool and casual as he checked out of the Corinthia hotel in London on Tuesday. The legendary musician was spotted leaving the building with his girlfriend and City Girls member Yung Miami. The pair’s outing comes a month after officially confirming their romance on Miami’s new podcast show, “Caresha Please.”

Diddy took a comfy approach to monochromatic dressing. The world-renowned entrepreneur stepped out in a crisp short-sleeve black T-shirt, which he paired with matching shorts. He accessorized with a blinged out diamond chain, gold watch and dark square shades.

Other photos show that the “Gotta Move On” artist completed his look with tube socks and black sneakers. The shoe style featured mesh uppers and a rigged sole for greater comfort and traction.

Yung Miami looked pretty in pink for the outing. The 28-year-old rapper wore a satin pink and white two-piece set. She tied her top into a knot, which helped to show off her white bralette and layered diamond necklaces. She also added oversized mirror frames and carried her essentials in a pink handbag. Her dark tresses were parted in the middle and styled in a blunt cut bob. Other photos show that she finished off her outfit with white fuzzy slides.

Brother Love is a pioneer in the Hip Hop community. His work ethic is exemplified in the empires he’s build in both music and fashion. Simply put, he’s been inspiring us all since the early 90s. Another thing that cannot be understated is the many fashionable moments he’s had throughout his career. The “I’ll Be Missing You” hitmaker has even launched his own luxury-sportswear brand Sean John, which has changed the face of fashion.