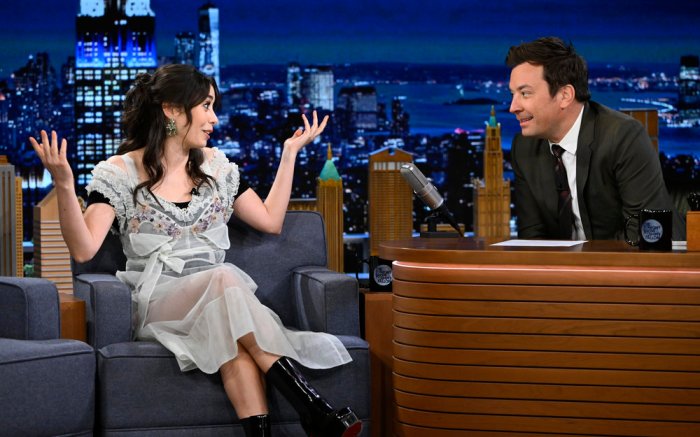 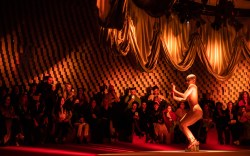 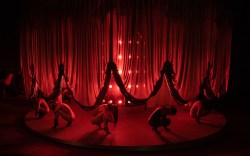 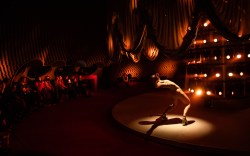 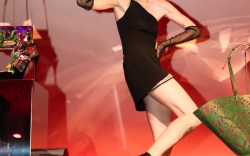 The hilarious actress, who is in the upcoming show HBO Max show “Made for Love” alongside Ray Romano, joined Fallon to talk about the new gig and to share some great stories from the past.

Milioti wore a flowing tulle midi-length dress from Simone Rocha. The A-line dress featured off-the-shoulder sleeves and flowers embroidered on the chest. Completely translucent, the star opted for a black bodysuit underneath to act as a bold juxtaposition to the soft tulle.

Speaking of bold, Milioti opted for the most amazing patent leather platform booties from Christian Louboutin. The brand’s “Stage” square-toe Chelsea boot is set on a 4.5-inch chunky heel and incorporates the token bright red sole for an added punk edge to the soft dress. They retail for $1,595 on Nordstrom.com.

She finished off the look by pulling her soft wavy curls half-back, revealing chandelier earrings.

Milioti had the audience laughing almost as hard as Fallon as she shared stories from her time on “Once” on Broadway, wherein she admitted that at the time she was so nervous that she didn’t even want to know when her friends came by to see the show. “I’ve gotten a lot chiller about that now,” she admitted. “Because that’s not quite a chill thing to do to be like, ‘Come see it, but don’t tell me!'” She also shared a story about the time the entire cast thought Beyonce and Jay-Z were in the audience, but it turned out to be Joe Biden, who was the Vice President at the time.

Put on a pair of black boots for a streamlined finish.