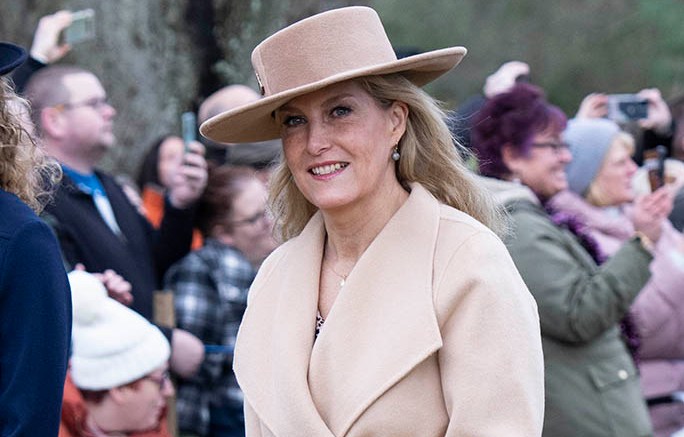 Countess Sophie of Wessex stepped out in chic style to celebrate Christmas with the royal family — notably King Charles’ first as monarch of the United Kingdom, following his broadcasted holiday speech.

To further elevate the moment, the wife of Prince Edward complemented her ensemble with a nude wide-brimmed and a cognac-colored square clutch.

Sophie gave her ensemble a sharp finish and slipped into a pair of brown leather knee-high boots. The slouchy silhouette had a pointy toe and sat atop a thin stiletto heel.

Popularized in the ‘60 go-go era, knee-high boots leave the wearer’s knee exposed, but cover the calves. Often worn with skirts, the style is a wise choice in fall and winter for protecting the leg.

Lady Louise Windsor made an elegant arrival in a navy blue coat dress with a matching hat and beige heels.

Click through the gallery to see photos of the royal family at the 2022 “Together at Christmas” special.