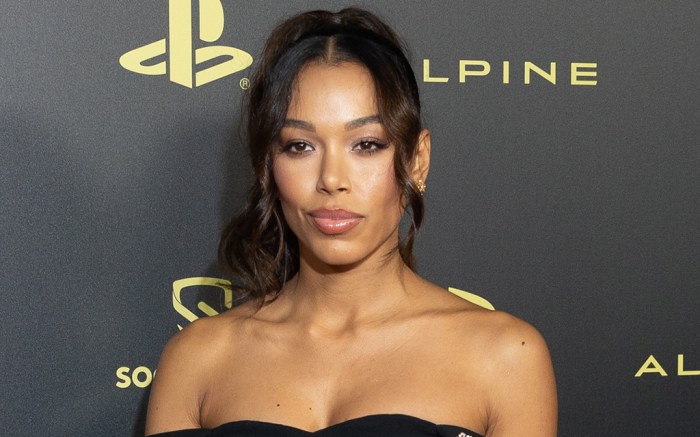 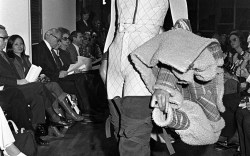 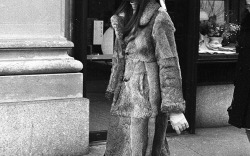 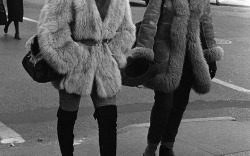 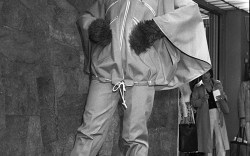 Cora Gauthier, the wife of French soccer player Karim Benzema, visited Hyde Park’s “Winter Wonderland” Christmas event in London with their son Ibrahim Benzema. The mother-son duo is enjoying quality time together, while Karim recovers from an injury. The soccer player was ruled out of the FIFA Qatar World Cup after hurting his thigh in their first training session in Doha. Karim won’t be attending the FIFA Qatar World Cup final with France against Argentina.

As seen in a post made to Instagram yesterday, Gauthier and Ibrahim had a blast at the “Winter Wonderland” event. They rode rides, played carnival games, including a soccer ball-throwing activity, and slid down icy slopes in inner tubes.

Gauthier was ready for the low temperature. The model wore an oversized black puffer vest, the maxi-style kept open to reveal a swirling brown and tan sweater underneath. Sticking to the classics, the social media personality appeared to be wearing black leggings on the bottom that kept her comfortable and warm.

Gauthier carried some sort of a camera around her neck and sported a snuggly green faux-fur hat for good measure. Under the whimsical hat, she wore her hair down in a neat braid.

On her feet, Gauthier stepped out in black ankle boots by Hermès with a casual and comfortable trekking look. The style features a natural rubber sole with a crepe effect, natural rubber heel and goatskin insole and lining.

All bundled up, Ibrahim also zipped himself into a puffer-style coat from Moncler which he wore with black slacks and a gray knit monogrammed beanie, also from the French designer brand. Ibrahim wore all-black sneakers to complete his look.

PHOTOS: See how winter boots have changed over the years.