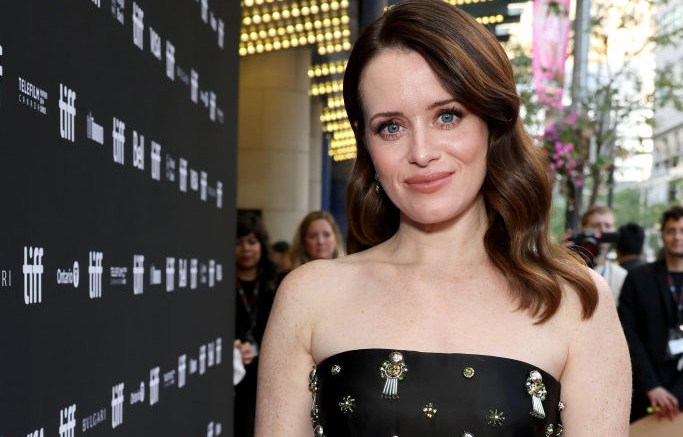 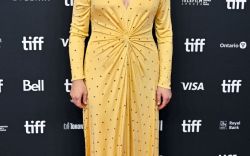 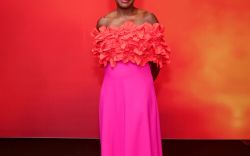 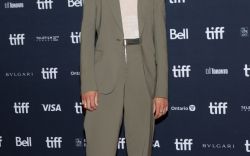 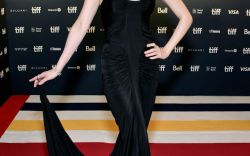 Claire Foy made a stylish arrival on the red carpet for the premiere of “Women Talking” at the Toronto International Film Festival. The actress stars in the Sarah Polley-directed film alongside Jessie Buckley, Rooney Mara, Frances McDormand, and Judith Ivey. The movie will release later this year on December 2nd.

Foy was styled by Nicky Yates, who has worked with Morfydd Clark, Daisy Edgar-Jones, Ema Horvath, and Poppy Delevigne. Yates previously styled Foy for this year’s amfAR Gala in Cannes, where she wore a monochromatic ensemble entailing a plunging Monot dress, a cape element that draped across the shoulders, crystal-embellished black heels by Aquazzura, and emerald Chopard jewels.

Foy was joined on the carpet by director Sarah Polley and castmates Jessie Buckley and Rooney Mara. Polley wore a white dress shirt layered by a suit and adorned with a black tie and bell-bottom-designed dress pants. Buckley attended in a floor-length aqua blue dress that incorporated a turtleneck element, layered hemline, and embroidered arrangements. Mara arrived in a monochromatic look that entailed an off-the-shoulder black dress with an overlapped neckline and oversize pockets across the dress’ body, and black heels.