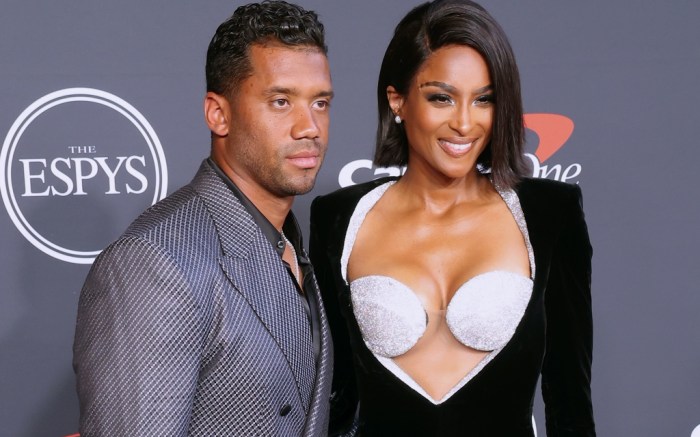 The “Jump” songstress took to Instagram to share a video of herself dancing on the sidelines while at the Denver Broncos’ week three game against the San Francisco 49ers on Sunday. The Broncos claimed victory over the Californian team. Her husband, Russell Wilson, is the team’s quarterback alongside Brett Rypien.

In the video, Ciara decked out in bright orange Denver Broncos merch, including a number three jersey, Wilson’s team number, layered by a hoodie, a hat with the team’s logo, silver and gold necklaces, an assortment of rings, and oval-shaped gold-rimmed frames. Last Sunday, she uploaded a similar video to the platform dancing on the football field’s sidelines following the Broncos’ September 18th sixteen to nine win against Houston Texans. She styled in signature Broncos attire that entailed an orange t-shirt, hat, and jacket wrapped around her waist, paired with ripped jeans cutout at the knee, orange and white Nike sneakers, an orange crossbody bag, and bangles on each arm.

Ciara has had an eventful September. Earlier this month, she attended the second annual Revolve Gallery launch event during New York Fashion Week, which premiered a range of Revolve-exclusive styles from her Lita by Ciara clothing brand. She arrived at the event in a monochromatic ensemble entailing a black trench coat-silhouetted dress with a polished finish, sleek thigh-high, heeled boots, and sunglasses in the same hue. Ciara also attended Beyoncé’s 41st disco-inspired birthday party and wore a top that featured an image of Michael Jackson across its bodice and the phrase “Jackson’s Thriller,” shimmery red pants, heart-shaped frames, dazzling bracelets, and large gold hoops.