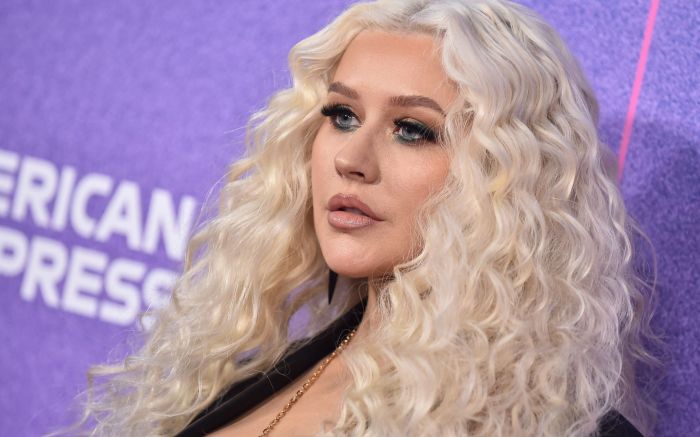 Christina Aguilera gets up close and personal for Vogue Portugal’s “Body Issue.”

The hitmaker graced the cover clad in a black strappy dress with loads of volume at the hem. The simple cover shows Aguilera at her best, simple and unfiltered, looking away from the camera’s gaze as she holds up the skirt of her dress.

The singer has been a face for female empowerment and self-love, leading by example by owning up to her own struggles and overcoming them. The star discusses everything from her own body struggles to inclusion and acceptance in a seemingly harsh industry.

While the issue is about the body, Vogue Portugal does not shy away from discussing current events. The issue focuses on everything from body acceptance to the war in Ukraine in an informing set of colorful pages. In a post made to the Vogue Portugal’s Instagram page, the caption reads, ” We are all different (some)bodies, but equal in our core and common goals. Those of Peace, Freedom, and Inclusion.” Aguilera continues to spread a message of continued body diversity and inclusion, making her role on this March’s cover more than fitting. The magazine featured three different covers, capturing the topics discussed in the pages through up-close images of the body, a war-like scene unfolding, and Aguilera looking down and away from the camera’s lens. Aguilera’s issue hits newsstands on Saturday.