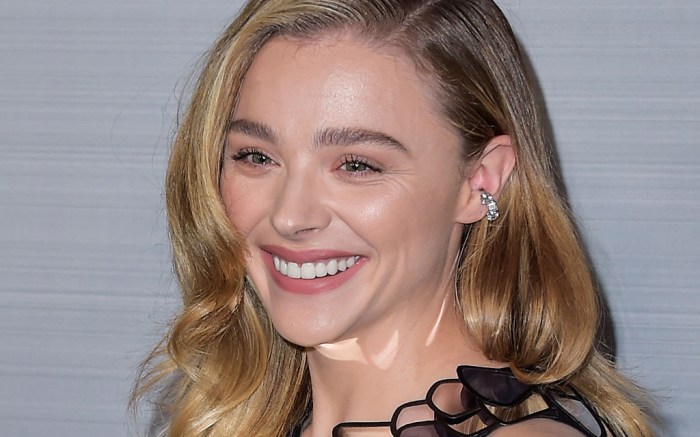 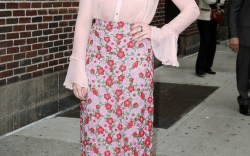 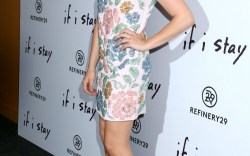 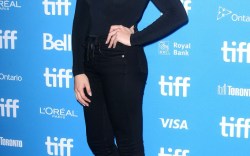 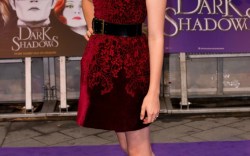 Chloë Grace Moretz attended the Los Angeles premiere of her new Amazon Prime Video television show “The Peripheral” held at the Ace Hotel in reflective fashions. Joined by many of her co-stars, Moretz turned heads on the carpet wearing a mirrored top and metallic footwear to match.

The cropped halter-style tee was created with layers of mirrored panels in a fish scale pattern, creating a futuristic sci-fi armored effect. For bottoms, Moretz donned a high-waisted black maxi skirt that parted in towards the bottom hem, the front slit shining a spotlight on her shoes.

Amidst all the statement-making pieces, Moretz opted to accessorize her look in a less-flashy way with simple silver ear cuffs and a matching dainty ring, letting her eye-catching garments take center stage.

Echoing the intense glossy sheen of her top, Moretz strapped on silver sandals with stiletto-style heels that effectively elevated the 25-year-old’s outfit, while offering her some extra inches. The footwear featured geometric square toes and thick secure straps that crossed over the actress’ toes and around her ankles for further support.

Often defined by long straps that wrap around the ankle and up the leg for security, strappy sandals are a popular choice with shorter dresses and other silhouettes that showcase the legs. The style elongates or streamlines any silhouette for a more pleasing appearance, drawing the eye in a linear direction.

“The Peripheral” is a Sci-Fi program on the bestselling novel by William Gibson takes place in a future when technology has subtly altered society. A woman discovers a secret connection to an alternate reality as well as a dark future of her own. The star-studded cast of the television series includes Gary Carr, Jack Reynor, and Adeline Horan among others and will be available for streaming on Oct. 21 on Amazon Prime Video.