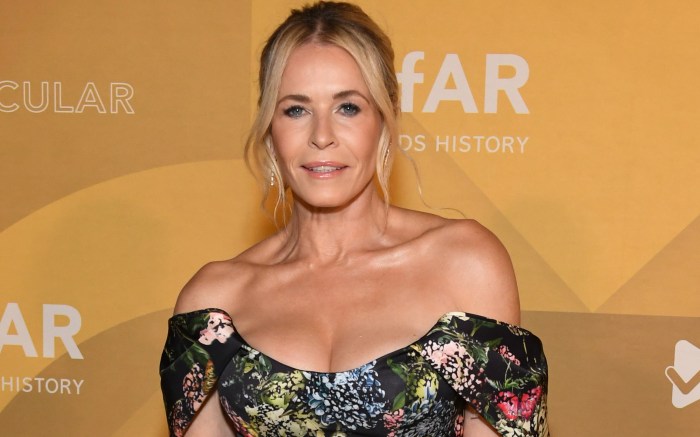 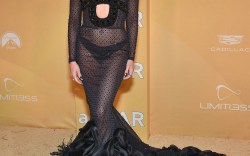 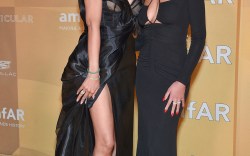 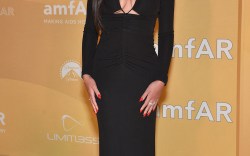 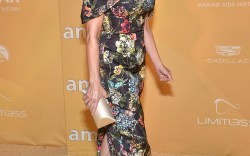 She wore her hair in a bun and opted for a sparkling makeup look that combined black and glittery and added signature pink lip gloss. Molly Levin styled Handler and has been tapped by John Stamos, Sharon Osbourne, and Malina Akerman.

When it came to footwear, the New Jersey native slipped into nude Christian Louboutin stilettos. The $ 1,195 shoe style incorporates a sharp heel, velvet textile, and crystals lined across its vamp and counter.

Whether stepping out for a premiere or award show, Handler often frequents platforms and pumps with signature monochromatic designs, intricate embroideries, or bright embellishments. At the 2022 Grammy Awards in April, the nominee wore grey, sparkle-finished Sarah Flint heels with a floral, off-the-shoulder Marchesa dress.

The 12th annual 2022 amfAR Gala is a star-studded gathering aimed towards a continued mission for finding a cure for the HIV/AIDS crisis. The gala saw stars like Kelly Rowland, Ryan Murphy, and Chelsea Handler attend with stellar musical performances by the likes of Tinashe, Madison Beer, and Aloe Blacc. Since 1985, amfAR has invested nearly $600 million in its programs and has awarded more than 3,500 grants to research teams worldwide. Last year’s event helped raise over $1.7 million for amfAR’s HIV/AIDS research programs.