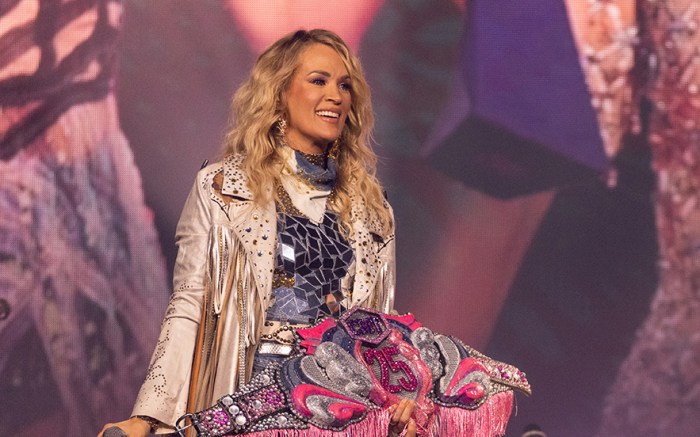 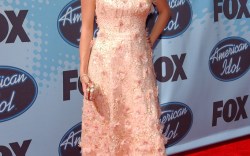 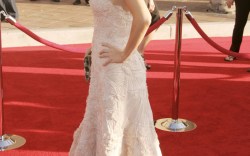 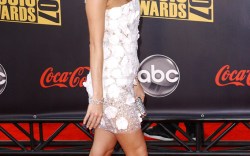 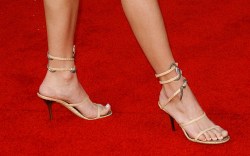 Carrie Underwood has a special CMT announcement for her fans.

The “Before He Cheats” singer was joined by Kelsea Ballerini during the Austin leg of her “Denim & Rhinestones” tour at Moody Center to reveal the location of the 2023 Country Music Television Awards. The show will broadcast live at the same arena on Apr. 2, with Underwood set to perform.

While announcing the exciting news, Underwood wore a bold outfit, starting with a turtleneck top adorned with gold studs across the neckline and mirror detailing in the front. She added a two-toned denim bandana tied across her neck, and tucked the long sleeve shirt into mini denim shorts that featured a distressed hemline.

On bottoms, Underwood wore a pair of tan-colored chaps that also featured mirror detailing, as well as a snakeskin pattern and other embellishments. To top it all off, the singer added a letter overcoat that matched the colors of her outfit and featured metallic fringe on the hem.

Underwood continued her outfit’s sparkling theme with gold star drop earrings bedecked in jewels within the cosmic design and glammed up in shimmery purple eyeshadow and rhinestones outlining her under eyelids.

As for footwear, Carrie went for a sleek style, wearing a pair of sharp, metallic boots. The shoe featured a point-toe, polished finish and slightly appeared under her garter jeans, which comprised silver sequins, the same mosaic tile as her top, and distressed components.