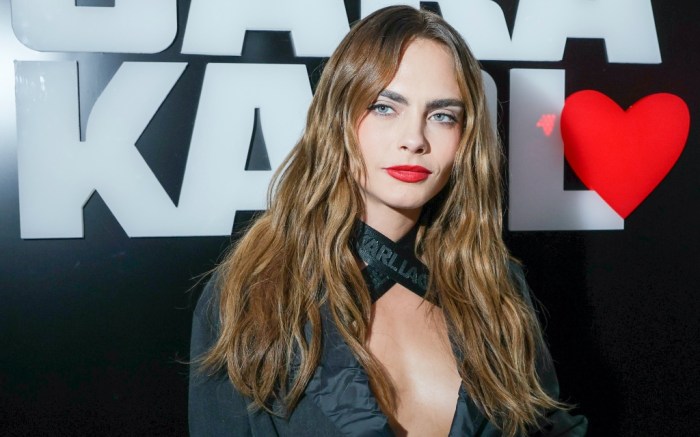 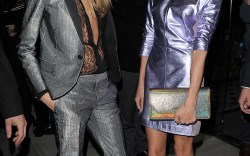 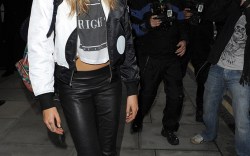 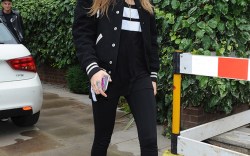 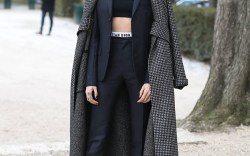 The “Only Murders in the Building” actress wore a dark blazer dress to the occasion. Her mini dress featured long sleeves that she rolled up as well as button closures. She cinched the garment with a web belt that read Lagerfeld’s name. The belt also was worn across her neck.

The FN cover star added thigh-high boots to complete her look. Her black suede boots nearly met the bottom hem of her dress and featured a pointed toe.

Delevingne’s shoe styles vary between edgy and elegant. On the red carpet, the star can be seen in platform sandals and pointed-toe pumps by Jimmy Choo, Casadei and Christian Louboutin, among other top brands. Her off-duty style includes Chanel, Golden Goose and Puma sneakers, plus RTA combat boots and Ugg slippers. Delevingne is a longtime fixture in the fashion industry from her modeling background, as well as brand ambassador roles for Dior, Tag Heuer and Puma.

“Cara Loves Karl” is a size-inclusive, gender-neutral capsule collection that celebrates the model’s friendship with the late fashion designer Karl Lagerfeld. Another party was held in NYC during New York Fashion Week to launch the collection, but Delevingne was not in attendance at that event.

See Delevingne’s street style evolution over the years in this gallery.