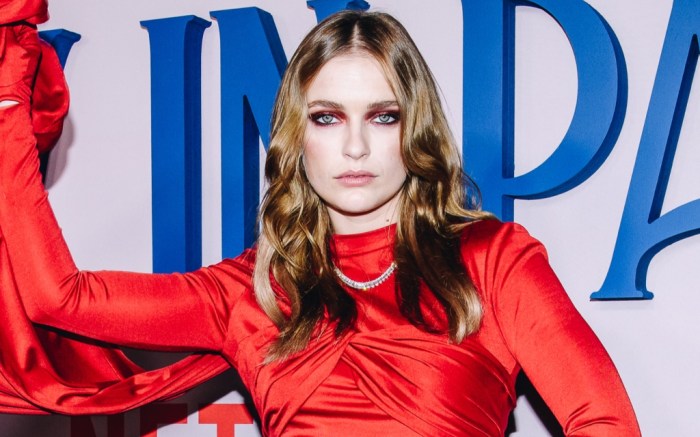 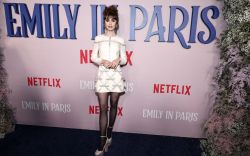 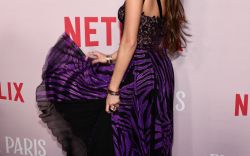 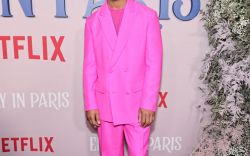 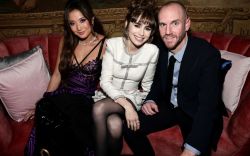 Camille Razat went with a bold and festive look to her latest premiere.

The actress attended the red carpet ahead of the “Emily in Paris” season 3 premiere in New York City on Thursday night. She wore a fiery red gown from Balmain to the event. The fitted dress featured a high neckline, a twisted ruched bodice, as well as glove sleeves and a flowing cape. Razat added sparkly silver jewels like a necklace, rings and a bracelet to the outfit.

While her shoes were hidden, Razat has been spotted in the past in a range of heeled boots, pumps and sandals in both embellished and neutral hues, hailing from luxury brands including Celine. She shared with FN her favorite shoes from the upcoming season.

“I’m wearing at some point a Miu Miu heel,” she said. “They were very comfortable, which is pretty rare. They are black and white and have a small chain on the feet and make your feet look gorgeous.”

The actress also discussed her character’s approach to fashion. “I think my personal style in real life is infused in Camille’s character,” Razat said. “We’re so lucky to have such an amazing costume designer because it’s almost like a collaboration. I guess maybe what people love is I try to put small designers on the spotlight, and so that’s something you’re not used to seeing.”

PHOTOS: Click here to see all of the red carpet arrivals from the “Emily in Paris” season 3 NYC premiere.