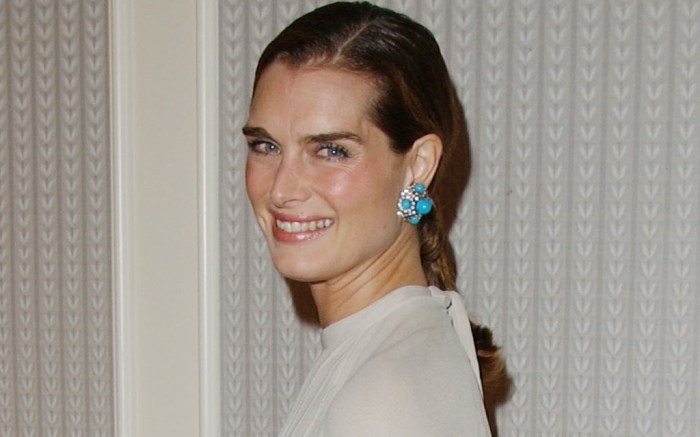 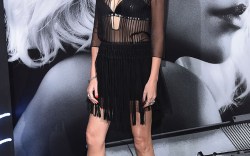 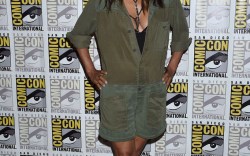 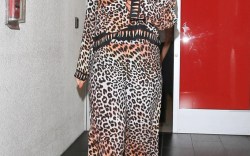 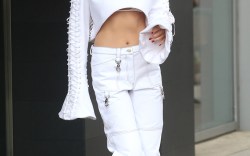 Brooke Shields shared to Instagram a series of photos of herself posing in Skims for the brand’s first-ever bra campaign. In the caption, the supermodel wrote, “I’m so honored and excited to be in @Skims first ever bra campaign. I can honestly say that these bras are something we can all feel comfortable in.”

The post ends with the release date of the bra launch which is Tuesday, September 27 at 9 AM PT/ 12 PM ET only on skims.com.

In the photo dump, Shields is posing in various versions of the pre-released Skims bra in neutral tones and even showcases a look from the upcoming collection in a darker chocolate brown. Each bra look the veteran model is serving is either accompanied with matching bikini bottoms, or even with opaque sheer tights. Shields light brunette hair is styled in a beachy wave with a heightened volume reminsicist and a callback to hairstyles from the 80s.

Shields tagged Skims founder, Kim Kardashian in her post and the shoot appears to have taken place with an all-white studio background. Others who are slated to partake in the launch of the new bra campaign amongst Brooke Shields are Juliette Lewis, Becky G, Cassie, Indya Moore, and comedian Chelsea Handler.

The entire campaign is being promoted through a Vanessa Beercroft-filmed video that features a wide cast of bra ambassadors. In the official skims post it reads, “How do you feel about your boobs?” before panning to each ambassador and tagging them to then write, “tell all in our campaign to celebrate the launch of Skims bras – a complete system of shaping solutions for every need.”