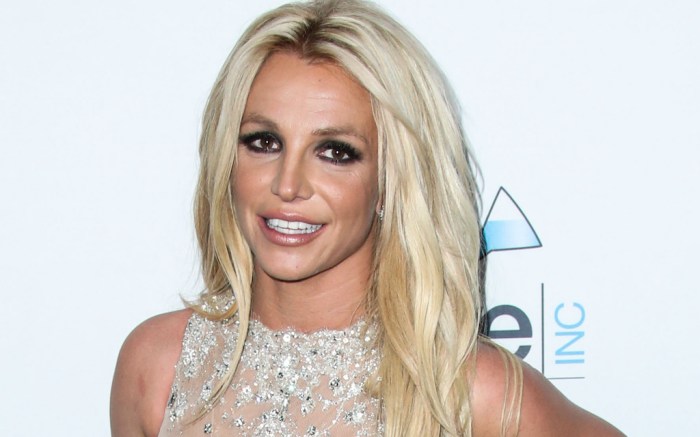 Britney Spears pulled out a pair of vintage jeans for her latest social media post.

The Grammy Award-winning singer uploaded a video to her Instagram of herself where she’s seen swaying around in her foyer in her old home as she has so many times in the past. She styled a pair of white low-rise skinny jeans, which she noted in her caption that she hasn’t worn in 20 years, with an orange puff-sleeve crop top. She added a few layered necklaces as well as stud earrings to the look.

The “Gimme More” singer grounded her look with a pair of brown heels. The shoes had a pointed-toe shape design and added approximately 3 inches to Spears’ height. Pointed-toe shoes came back into prominence in 2021 when live events started happening again. The timeless style of shoe often streamlines any ensemble from its sleek silhouettes and daring heels. In addition to Spears, celebrities such as Saweetie, Sarah Jessica Parker and Heidi Klum have also worn the style.

Click through the gallery to see Britney Spears’s ‘90s and 2000s style cues.