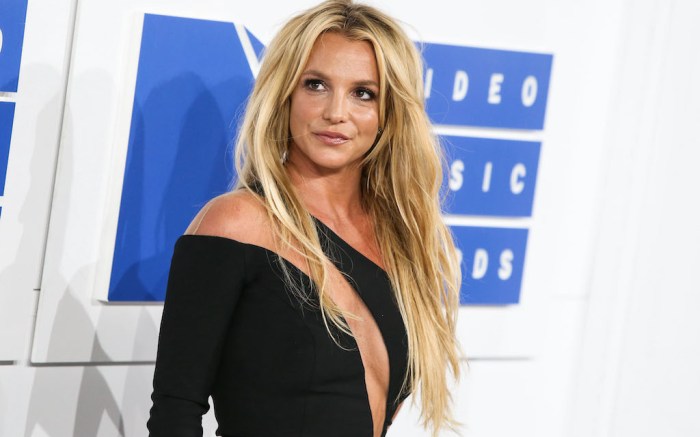 While posing and dancing at home to Kanye West’s hit song “Gold Digger” — even on the kitchen table — the Grammy Award-winning musician wore a dazzling red minidress. As seen in her latest Instagram Reel, the singer’s outfit featured long sleeves and an off-the-shoulder silhouette. Spears finished her look with an updo and a Victorian-esque pendant necklace.

When it came to shoes, the “Get Naked (I Got A Plan)” singer chose a pair of brown leather pumps. The style featured a pointed-toe silhouette, as well as stiletto heels totaling at least 3 inches in height. The pair created a sharp neutral complement and easy pairing with Spears’ bold dress. The singer’s no stranger to the style, wearing the same pair in the past numerous times—even with swimwear.

Pumps like Spears’ are a closet staple, able to bring instant sharpness to ensembles ranging from casual to formal. The most popular styles often feature neutral leather or suede uppers with stiletto heels, as seen in new pairs by L’Agence, Brother Vellies and Sam Edelman. In addition to the musician, stars like Zendaya, Halle Berry and Bella Hadid have also worn sleek pumps by Christian Louboutin, Le Silla and Burberry in recent weeks.

Spears’ footwear choices vary from sleek to bohemian. The “Seal It With A Kiss” singer often wears a range of styles while at home, including pointed-toe pumps and platform sandals from affordable brands like Steve Madden. Her off-duty wardrobe also includes Amaranti wedges, Ugg and Impo boots and Manolo Blahnik pumps. When previously on the red carpet, Spears’ sleek styles included pointed-toe, platform and thigh-high sandals from Christian Louboutin, Stuart Weitzman, Jimmy Choo and Schutz.