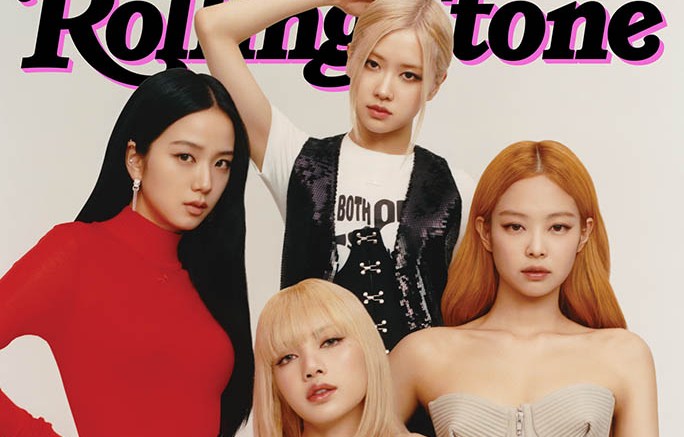 Blackpink keeps making history — this time as the first Asian Female Group to grace the cover of Rolling Stone. In the June cover story, the K-pop girl group opens up about their long road to global dominance, their upcoming album and expressing their individuality.

The chart-topping musicians brought their street-chic fashion sense to the cover of the magazine. Jisoo, Rosé, Jennie and Lisa put their own personal flair on edgy-feminine pieces. Jisoo went preppy-chic in a red turtleneck top with a leather mini skirt, Rosé served a grunge moment in a leather vest with a white graphic T-shirt, Jennie made a spring street style statement in a nude strapless dress and Lisa gave Y2K vibes in a ruffled crop top and silver metallic pants.

Although BlackPink has achieved much success, they are looking forward to the future and maintaining a solid foundation.

“I mean, won’t Blackpink last at least 10 more years? We’ll be nearly 40 by then,” Lisa says. “Someday we’ll get married and things like that. But then I see the Spice Girls, how they got together for a reunion concert. Can we do that too someday? Will I be able to dance then, like I do now?” she laughs. “Even if we’re 70 and we have different lives, I’ll still feel like I’m Blackpink,” says Jennie. “As corny as it sounds, I don’t think Blackpink will ever end in my heart. It’s a part of my family. You can’t deny your family.”

Click through the gallery to see Blackpink’s stylish looks over the years.