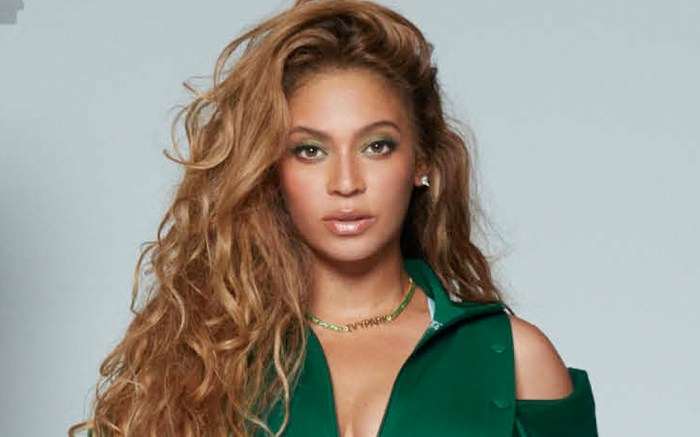 It looks like Beyoncé and Adidas might be linking up again to drop a new “Ivy Park” collection. Late last night, the Ivy Park Instagram page shared a photo of the multi-hyphenated entertainer laying on the ground in a forest that is filled with old televisions that are streaming different videos from past Ivy Park releases.

To complement the aesthetic, Beyoncé wore a lime green outfit that consisted of a short-sleeve crop top and a mini skirt that was embossed with Ivy Park’s logo on the side. The world renowned icon swept her hair to the side and styled her tresses in long sultry waves. Beyoncé opted for dewy pink glam and a neutral pout. She added more details to her look with long green neon nails and a fanny pack that was wrapped around her waist.

The “Drunk In Love” hitmaker finished off her look with a pair of Adidas sneakers. The shoes had a thick brown outsole and featured the label’s signature Three Stripes logo on each side.

The new upload caught social media users by surprise and made them wonder if a potential drop is on the way or if there will be a re-release of a past collaboration. Fans of the Grammy Award-winning songstress might remember that Ivy Park x Adidas initially released an 89-piece electric green “Halls of Ivy” collection in December 2021. The collaboration was the duo’s fifth installment and included a range of apparel, accessories and four footwear styles.

Flip through the gallery to see more of Beyoncé’s boldest red carpet looks over the years.