Best Dressed at the 2022 Met Gala: Celebs Finally Get To Shine 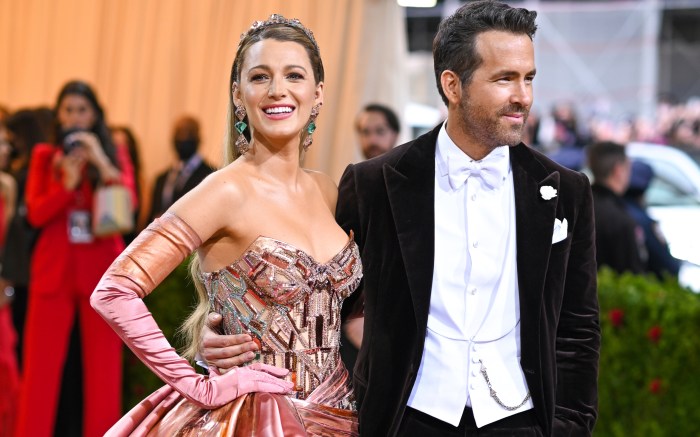 Even as the Met Gala has snowballed in popularity, its themes and dress codes have become ever more opaque. From religion to camp, to man vs. robot, fashion’s biggest night has often come with sartorial concepts that left many of its invitees scratching their heads.

Not so this year. To celebrate the Costume Institute’s part two of its exhibition “In America: An Anthology of Fashion,” Met Gala co-chair Anna Wintour and team chose the “Gilded Age,” as its dress code for 2022. While many have come to understand the phrase as one pointing to an era of New York-centric opulence, the time period also holds a complicated place in American history.

But for most celebs attending the event, it was simply an indication to wear something sparkly, shiny and, yes, gold. Which is exactly what attendees want to wear to this sort of thing, after all. (They don’t call them “stars” for nothing.) By supplying a dress code that could be taken at face value, the Met Gala allowed its invitees to do what they do best: sparkle and shine and attract the attention that everyone (the Met Gala, the press, the stars and their publicity teams, event sponsor Instagram) wants them to gain by digital views.

Those who did it best understood the power of using simplicity and then adding a twist.

Such as the case for Janelle Monae, whose custom Ralph Lauren was done in her signature black and white, but with crystal beading all over, and a crystal-studded hood to match. And for Blake Lively, one of the event’s co-chairs. A Met Gala favorite, the actress always arrives with a look that shows she’s done her homework on the given theme. But she took it further this time, donning a Statue of Liberty-inspired gown by Atelier Versace done in copper and green, with earrings and a tiara that also matched the Empire State theme.

Elsewhere, Jessica Chastain channeled Norma Desmond with a ruby red sparkling gown and matching turban, proving that more can be more if it’s not overly complicated and comes in a classic shade. Hailey Bieber kept things ultra simple and sleek with a white Saint Laurent halter gown, accented with a white feathered cape and sheer black hosiery and pumps, which doesn’t sound appealing in writing but looked elegant on the carpet.

As the night wore on, it became increasingly difficult to ignore the extended symbolism of the “Gilded Age” theme, with its historical subtext of robber barons and income inequality rearing its head. Throughout the evening, social media reminded celebs and viewers alike that Russia’s war on Ukraine is still raging, a pandemic still exists, and that the income inequality of the late 1800s has come back around (for another reminder, viewers needed only look to new Twitter owner Elon Musk, who arrived with his mother, Maye).

As the crowds on the red carpet thinned out, chatter of the Supreme Court’s leaked draft opinion to overturn Roe vs. Wade, news that simultaneously proved history can repeat itself and all that glitters is certainly not gold — just a mere distraction.