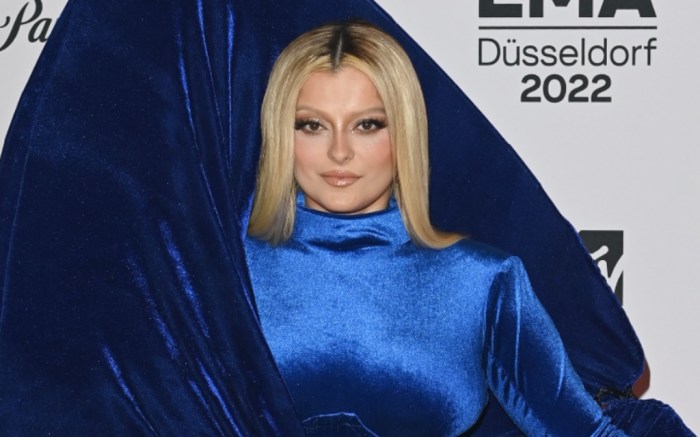 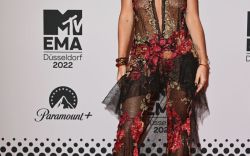 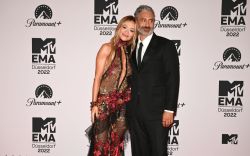 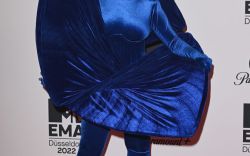 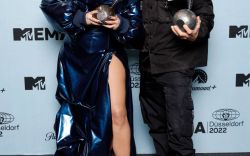 Bebe Rexha certainly made an entrance on the red carpet ahead of the MTV EMAs.

The “Break My Heart Myself” singer attended the MTV European Music Awards on Sunday in Duesseldorf, Germany. She took home the Collaboration of the Year award from her work with David Guetta on their song, “I’m Good (Blue).” Though she’s been nominated several times before, this is Rexha’s first MTV EMA award.

For the event, the musician really was feeling — or at least looking blue. She wore an abstract look from Fjolla Nila. The cobalt blue garment was essentially a velvet bodysuit that featured a mock neck, glove sleeves, a corset and pants that turned into attached pointed-toe pumps. The piece was covered in a large abstract leaf-shaped panel.

Later in the evening, Rexha styled a different outfit. While showing off her award and posing by her fellow honoree, she donned a deep blue latex dress. The garment featured long sleeves and a slit up one leg. She wore black platform strappy sandals with this outfit.

The annual MTV EMAs celebrates the best music of the year and the biggest artists from around the world. This year’s event was hosted by Rita Ora and Taika Waititi with performances from artists like David Guetta, Rexha and Lewis Capaldi. Several performers like Taylor Swift, Jack Harlow and Harry Styles were nominated for multiple awards last night.

PHOTOS: Click here to see the red carpet arrivals from the 2022 MTV EMAs.