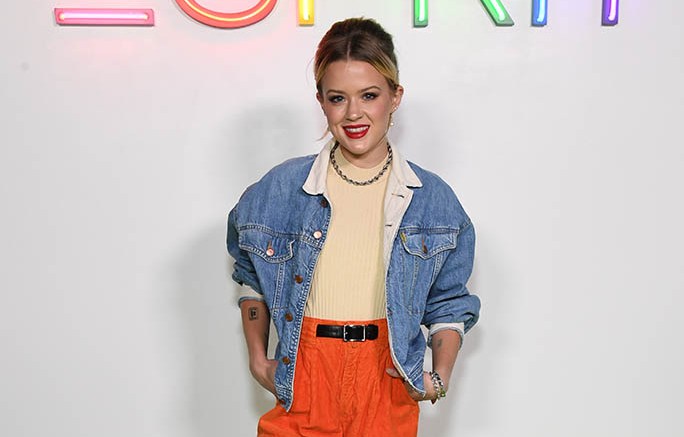 Esprit hosted an exclusive launch party at its first-ever North American pop-up store on Robertson Boulevard in Los Angeles last night. The pop-up opening marked the first physical United States retail store for Esprit since 2012 and coincided with a relaunch of the brand’s e-commerce site. The pop-up will carry the brand’s current collection as well as special capsule collections that will launch throughout the season.

Ava Phillippe was one of the many stars to attend the event. The social media influencer — and daughter of Reese Witherspoon pulled out edgy closet staples for the occasion. Phillippe posed for photos in a baggy denim jacket. She teamed the outerwear with a simple cream top and vibrant orange cargo pants that were held up by a thick black belt.

Phillippe continued to add a pop of color to her look with a bold red lip. To further elevate the moment, she accessorized with dangling pearl earrings, a choker necklace and several midi rings. The 23-year-old socialite styled her hair in an updo and tucked her bangs behind her ears.

Completing Phillippe’s look was a set of black Lug-sole boots. The leather silhouette had a round toe, and chunky outsole that sat atop a square heel.

Lug-sole shoes are marked by their thick, rubber soles designed for increased traction. Lug-sole boots have become a top trend this year, due to their full coverage. Several celebrities have stepped out in the rugged footwear including Selena Gomez, Julianne Hough, Lori Harvey, Halle Berry and Teyana Taylor.