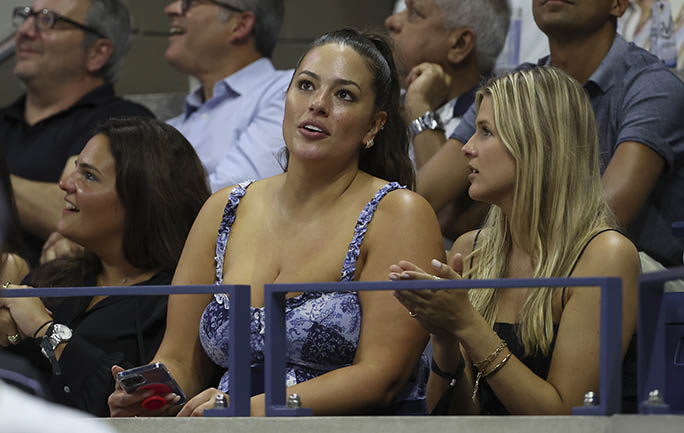 Ashley Graham looked utterly chic at the women’s singles first round match between Serena Williams and Danka Kovinic of Montenegro held at the USTA Billie Jean King National Tennis Center in Queens, New York on Monday. The 34-year-old supermodel was amongst many famous faces at the match, which is anticipated to be the last for Williams as she announced her impending retirement from tennis earlier in Vogue’s September issue.

Graham looked gorgeous for the occasion in a blue and white floral print top. The garment had ruffled straps, plunging square neckline and a front slit near the hem. She teamed the top with a high-waist navy blue midi skirt. For glam, she went with subtle makeup and styled her brunette tresses in a high ponytail.

To combat the warm east coast temperatures, the socialite and television host opted for minimal accessories including small cuff earrings.

When it came down to the shoes, other photos show that Graham completed her look with white strappy sandals. The shoe style had a criss cross strap around the ankle and was set on a tiny black heel.