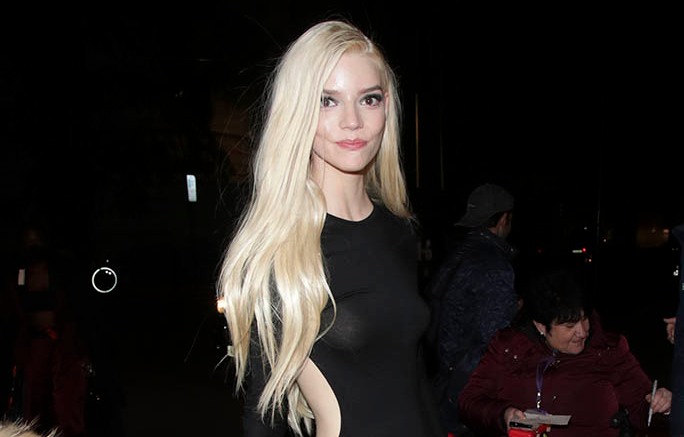 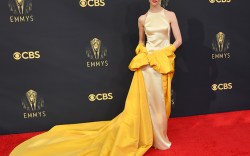 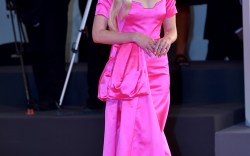 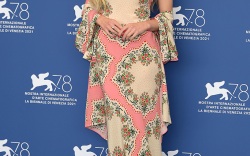 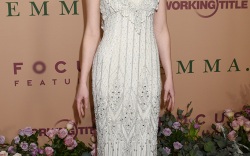 Anya Taylor-Joy gave a little black dress a towering boost during her latest outing. The Emmy-nominated actress was seen arriving at a hotel in London on Nov. 9.

Joy stepped out in a sheer black dress. The lightweight garment had long fitted sleeves with a large cutout on the back and an asymmetrical hemline. To place more emphasis on her look, the “Queen’s Gambit” star opted for minimal makeup and accessories. She parted her hair on the side and styled it in loose waves.

Completing Joy’s look was a set of sky-high peep-toe pumps. The silhouette had a small open-toe, chunky outsole and sat atop a 7-inch stiletto heel.

Joy’s latest outing comes after she attended the UK premiere of her latest film, “The Menu.” She appeared on the red carpet alongside her co-star Nicholaus Hoult. Joy took a bold approach to style in an electric blue Alexander McQueen dress that was complemented with matching opera gloves. When it came down to the shoes, the entertainer gave her ensemble a sharp finish with a pair of pointed-toe pumps.

When it comes to her clothing tastes, Joy tends to stick to trendy and sleek silhouettes. For example, during the London screening for “The Northman,” Joy donned a sheer long-sleeved minidress by Dior coordinated with matching Christian Louboutin pointed-toe pumps. On red carpets, Joy wears creations from brands like Oscar de la Renta, Rodarte and Vera Wang. Aside from being an award-winning actress, Joy has also strived to make a name for herself within the fashion industry, having starred in campaigns for labels like Dior, Viktor & Rolf and Tiffany & Co.

PHOTOS: See more of Joy’s style through the years.