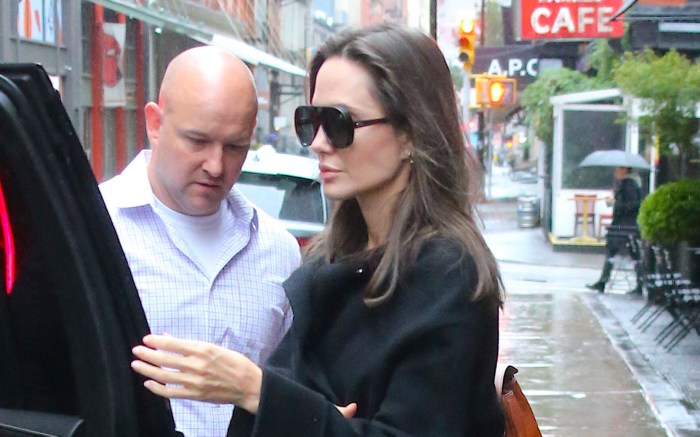 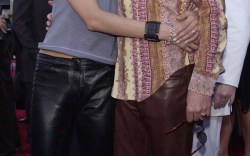 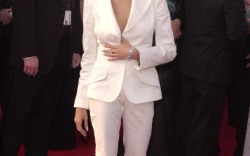 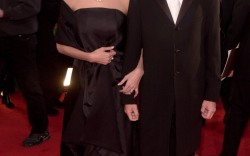 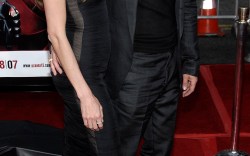 Angelina Jolie was photographed leaving her hotel in Soho, New York City, in rainy day style. She was clad in an all-black look, while in the company of her eldest daughter, Zahara Jolie-Pitt, this Wednesday.

The “Eternals” actress went for a dark outfit perfect for the New York City foggy weather this week. Jolie wore black pants with flared legs that were almost entirely covered by her black wool overcoat. As for accessories, she kept it simple with no jewelry and wore large sunglasses aviator-style to complete her look. She also carried an orange bag, bringing a pop of color to the dark outfit.

When it came down to footwear, Jolie decided to ignore the rain and let her feet breathe with chunky platform sandals. The pair of shoes had a quilted finish. This is not the first time Jolie is photographed with those sandals. Back in August, the “Maleficent” actress wore the same chunky sandals while dropping Zahara off at college. The 17-year-old student is currently attending Spelman College, a historically Black women’s liberal arts college in Atlanta.

Speaking of Zahara, the 17-year-old took a different approach to casual fashion compared to her mother. Zahara wore a pair of jeans and a plaid light brown jacket on top. Jolie’s daughter also carried a black leather backpack that had a graphic HQ print on it. She completed her look by slipping into a pair of classic white Reebok Club C sneakers, keeping it cool and comfy.