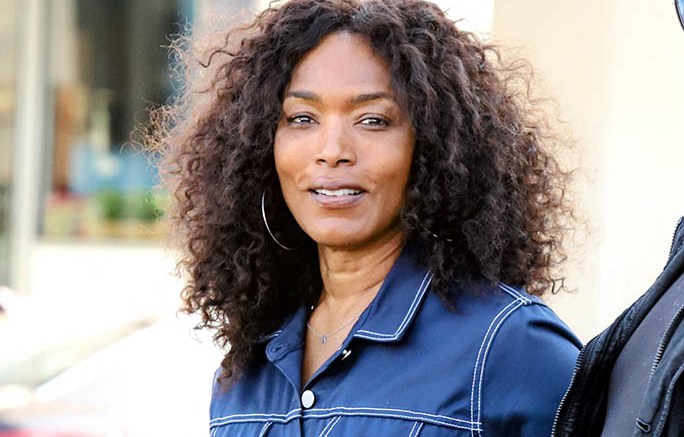 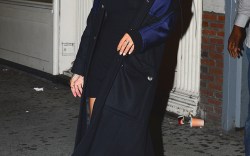 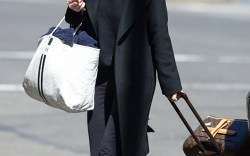 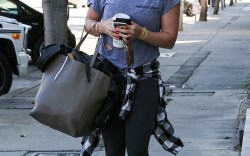 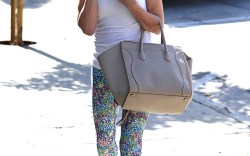 Angela Bassett went casual-chic in a Canadian tuxedo during her latest outing. The Emmy Award-winning actress was spotted out with film producer Larry Sanitsky in Beverly Hills, Calif., on Monday.

Bassett sported a full denim outfit. Her ensemble consisted of a button-down shirt that featured white outlining throughout, a sharp collar, two front pockets and shiny silver buttons at the center. The “Black Panther” star tucked the top into a pair of high-waist belted trousers. The bottoms had a thick belt that wrapped tightly around her waist and stitched lining on the hem.

Bassett let her curly tresses flourish and continued to amp up the look with oversized silver hoop earrings and a thin necklace. She kept her hands full and carried her cell phone, wallet and a green shopping bag.

Bassett stayed true to a chill vibe by completing her look with chunky sneakers. The neutral silhouette had tan uppers and thick black and white outsole.

Bassett is known for bringing the pizzazz on and off the red carpet. The “9-1-1” alum has an affinity for bold hues, monochrome moments, sophisticated classics and printed pantsuits. As for footwear, she will likely complete her wardrobe with sharp pumps, an open-toe silhouette, block-heeled sandals and towering heels.