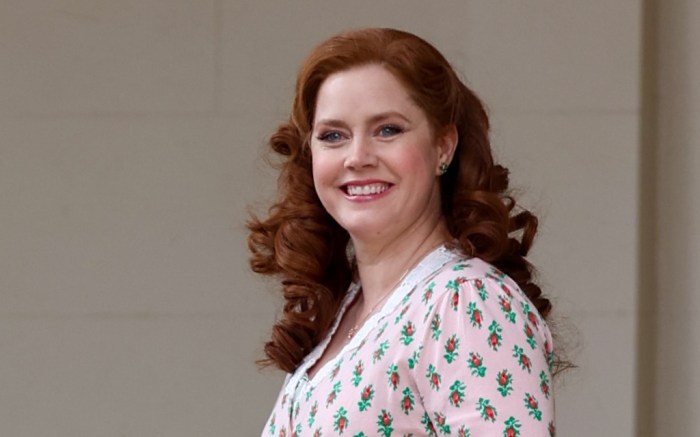 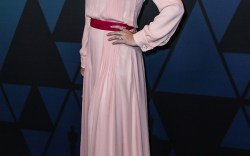 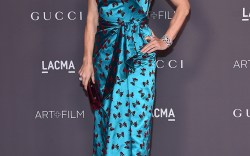 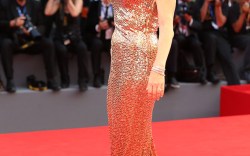 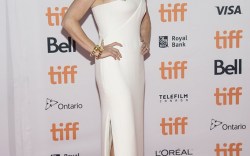 The actress was seen on the set of the upcoming sequel to the 2007 Disney movie. The new film, titled “Disenchanted,” is set to release this year. Patrick Dempsey is also reprising his role as Robert, the cynical lawyer who falls for Gisele, the perpetually optimistic princess from the animated and fairytale land of Andalasia.

Adams filmed scenes in a midi dress white lace trim. The dress featured a green and red holly print. She wore a thick matching red belt over the dress. She had on a simple necklace and small stud earrings to the ensemble.

True to the character, Gisele matched her accessories perfectly. Adams wore a pair of red strappy heels with the look, that included a rounded toe as well as a T-strap style. Thick heels reaching at least 3 inches added a slight boost to Adams’ height. The style had a vintage look, reminiscent of styles from the ’50s and ’60s.

Dempsey wore a dark button-down shirt under a green jacket with khaki pants. He wore green sneakers with matching laces and a white rubber sole for his footwear.

Click here to see more of Adam’s off-camera style though the years.