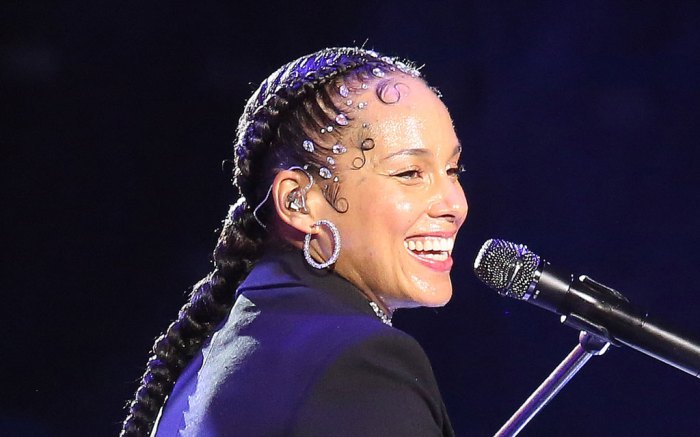 Alicia Keys sparkled on stage at the Assago-Mi Forum in Italy.

The 41-year-old commanded the audience with a sleek black and silver combo ensemble. The singer slipped into a black set that featured a mesh top with an illusion neckline. The top also included draping jewels that fell elegantly on her neck and down her chest into a symmetrical drop formation.

The top was tucked into pair of black flared trousers that had stitching, which ran vertically down her legs as well as a black leather belt with a silver buckle. She completed the ensemble with a cropped jacket that fell across her upper back and featured large lapels and wide shoulders.

Though her footwear was not completely visible, she appeared to be wearing pointed-toe pumps. The upper had the same crystal detailing as her top and gave her some height with the heel.

Keys is known for having a fun sartorial fashion sense. She has an affinity for statement pieces. In fact, earlier this month Keys performed during the Platinum Party at the Palace in honor of Queen Elizabeth’s Platinum Jubilee. Much like her look yesterday, the “Girl On Fire” singer wore an all-black ensemble with glimmering detail. The star began her performance seated at a grand piano wearing a boxy black gown with a straight neck. She layered a regal black cape embellished with deep gold detailing on both shoulders.

The “Diary” singer is no stranger to the fashion industry, having starred in campaigns for Givenchy, Stella McCartney, Levi’s and Tiffany & Co. On the footwear front, she typically opts for chic boots, versatile pumps and breezy sandals. 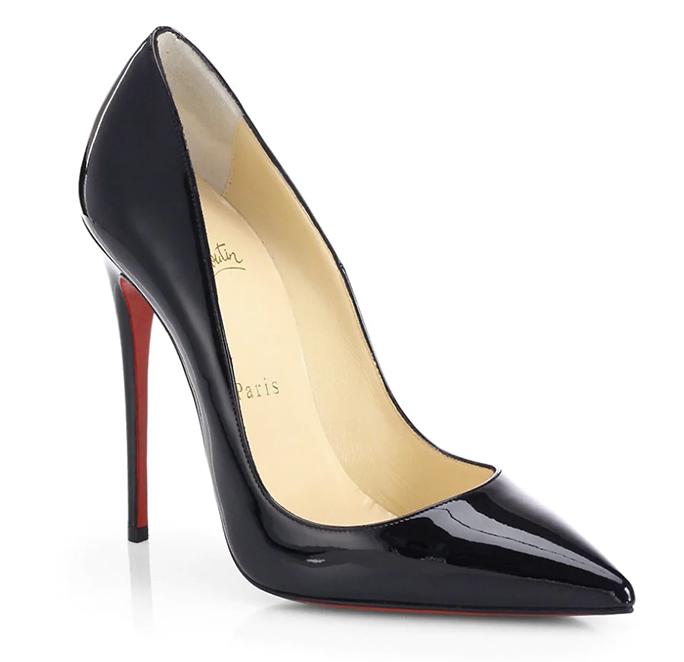